Henry Johnson was an African American U.S. Army soldier who fought heroically in the 369th Infantry Regiment of the U.S. Army in World War I. In May 1918 in the Argonne Forest of Northeast France, Johnson fought off a German raid in hand-to-hand combat, killing multiple German soldiers and rescuing a fellow soldier before fainting from the 21 wounds with which he was afflicted.

Henry Johnson: A Tale of Courage tells the story of his life, his family, and the extensive efforts to honor his bravery and courage after his death. Johnson was finally honored with the Purple Heart in 1996, the Distinguished Service Cross in 2002, and the Medal of Honor in 2015.

James Sullivan helped coordinate a joint endeavor between the YMCA & the American Academy.

Author Max Brooks on the strength of the African American officer class of WWI. 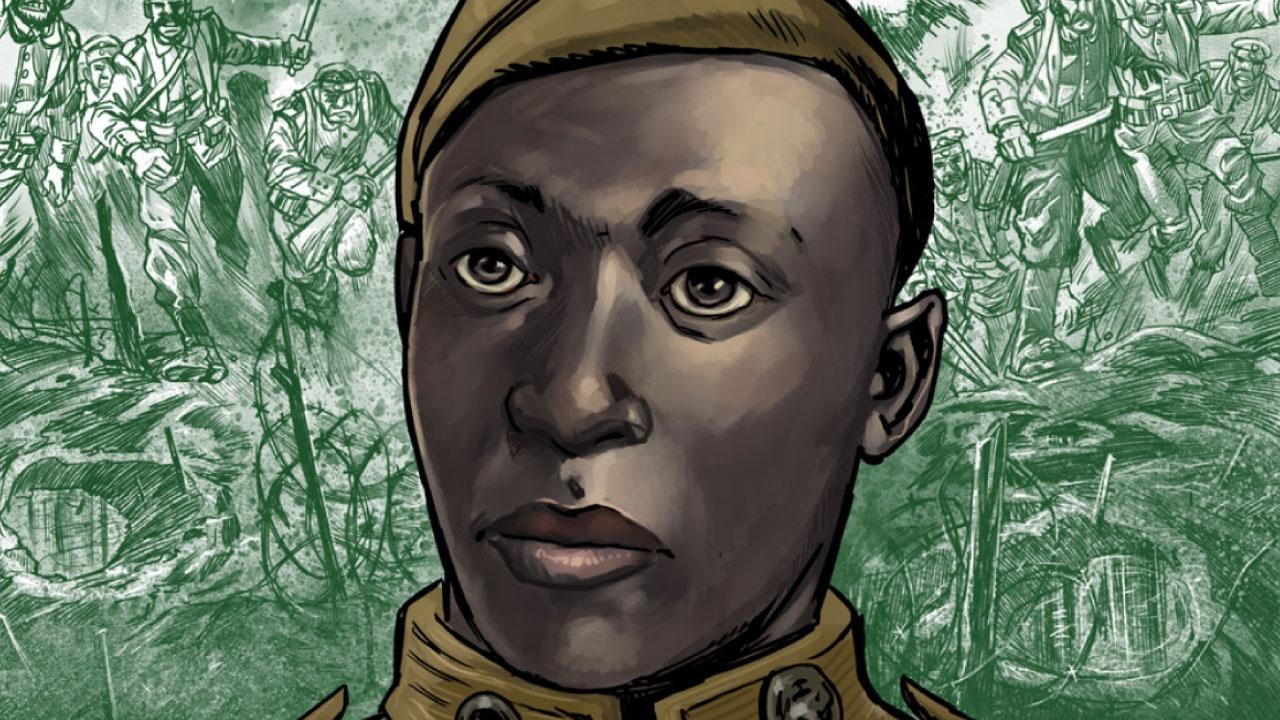 You might recognize the name Henry Johnson - from the street named for him, the monument for him in Albany, and the news in 2015 of him posthumously receiving the Medal of Honor in 2015.

Here are 12 facts about the life and legend of Sgt. Henry Johnson: