When making an historical documentary of something that took place over a hundred years ago there are a number of challenges.  The primary obstacle to overcome for the producer is the often-times lack of video and/or photos to accompany your story.  Whenever I ask myself how I’m going to cover a section of the film with something that happened a century ago, I think to The Civil War by Ken Burns.  Then I stop whining.  Go back and look at the historical series.  He beautifully intercut shots of places back then (circa 1988) with old photos from the 1860’s.  The fading, evening sunlight hitting an old battlefield.  The cannon against the early morning sky.  Nothing was out of place.  We had to do a little of that, but not much.  I was prepared to use more, but we just didn’t need it.   That’s both good and bad.

Truthfully, for the stories we are telling in this film, I had too much video!   Every reporter/producer/videographer loves to hear those words and quite frankly always strives for that.  We have an abundance of beauty shots, particularly from outside the Buffalo History Museum which was the only permanent building constructed during the Pan-American Exposition.  Sadly, they may never see the light of day.

The other major option I debated with myself was whether to include “voices from the past.”  I had no intention of doing any reenactments.  Most of the time they come off as too cheesy and they take away from the story – the exact opposite of what they are supposed to do.   But do I add voice actors to enhance the story?  Again, a tricky thing to do.  It can come off as a perfect fit or, again, a distraction.   On the very first shoot at the Theodore Roosevelt Inauguration Site in Buffalo, I saw the perfect opportunity to include some.  They had a series of telegrams from around the country that came in to the White House after the shooting on September 6th on display at the Wilcox Mansion.  I chose two examples – a woman from Iowa and a man from Delaware, both expressing their sorrow to President McKinley and their family.  Two RISE volunteers here at WMHT played the parts and did a great job.

Finally I decided to use a line from Leon Czolgosz, McKinley’s assassin, and from Theodore Roosevelt.  But who could fill these big shoes?  I decided to go with two outstanding actors from the Albany area.  Their work on two spring nights each year has drawn critical acclaim from state legislators all around the Empire State.  Jimmy Vielkind, a longtime reporter at the Capitol, seemed to be the perfect fit for Czolgosz.  He is a master of impressions and has similar ancestry to the man newspapers described as a “German Pole” back in September of 1901.  Cholgosz was reported to have a slight accent and JV came through big time.  For the role of TR, I needed someone with a good share of gravitas and historical perspective.  Enter Casey Seiler.   While he would have had more fun with some of TR’s more colorful quotes, he brought the right tone to the new president’s somber message to the country.

You can listen to them when the film debuts Sept. 15th on WMHT and online. 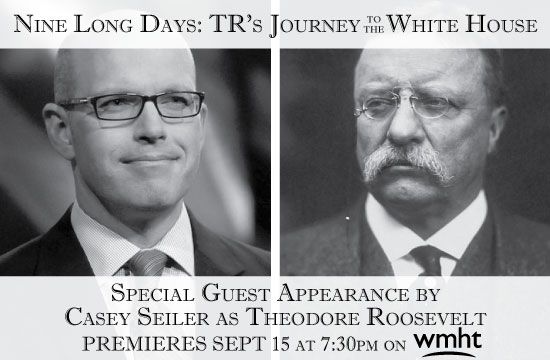 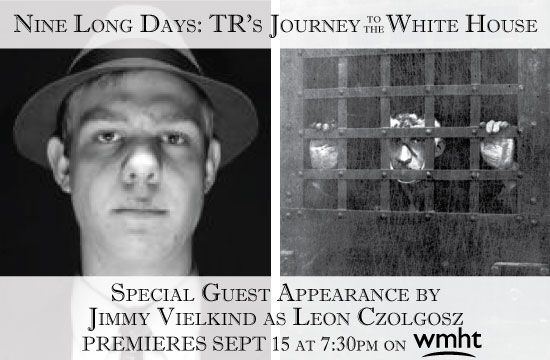 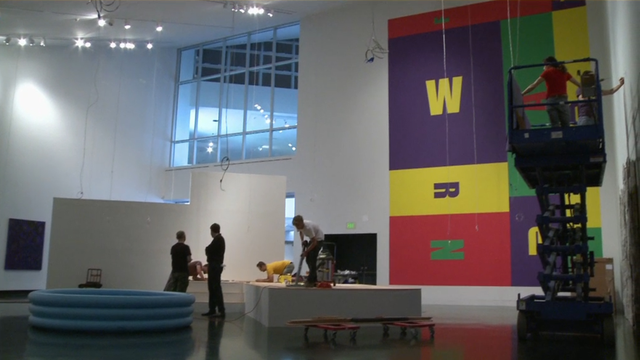 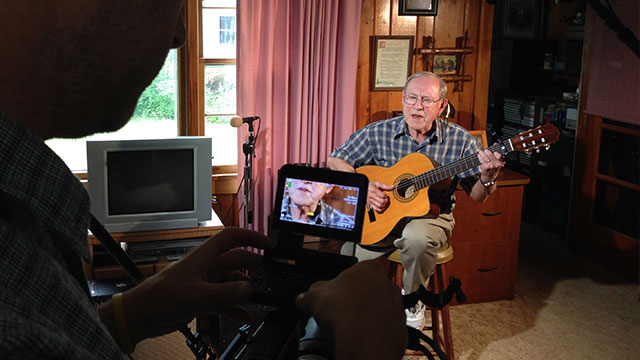