Featuring Rebecca Robertson, Philip Glass, Jacques Herzog and Pierre de Meuron, and Samuel White, the film celebrates the history and the rebirth of one of New York’s cultural gems.

The Park Avenue Armory has reinvented itself into a visionary multimedia arts institution renowned worldwide. From the sublime installation of Ryoji Ikeda to the epic productions of the Royal Shakespeare Company, the Armory transcends both artists’ and audiences’ experiences and expectations. For the first time on film, WNET takes public television viewers inside this American landmark to discover its storied past and revolutionary future.

The series companion web site, thirteen.org/treasures, will be launched in conjunction with the broadcast. Emmy Award-winning broadcast journalist Morley Safer (60 Minutes) serves as presenter. Featured interviewees include Rebecca Robertson, President and CEO of the Park Avenue Armory; Jacques Herzog and Pierre de Meuron, Pritzker Prize-winning design architects, Samuel White, architect and great grandson of Stanford White, one of the original designers; and Philip Glass, whose music will be celebrated at the Armory’s Tune-In Festival 2012.

This is the second installment of WNET’s Treasures of New York series about the City’s premier cultural establishments. After broadcast, the half-hour film will be available to national audiences for a limited time at watch.thirteen.org.

Treasures of New York: Park Avenue Armory is a presentation of WLIW21 in association with WNET, the parent company of THIRTEEN and WLIW21, New York’s public television stations and operator of NJTV. For nearly 50 years, WNET has been producing and broadcasting national and local documentaries and other programs for the New York community.

“Anyone who has visited the Park Avenue Armory knows how grand and spectacular the space is. But not many know its history and renewed vision,” says John Servidio, General Manager of WLIW21. “Treasures of New York once again profiles a hidden jewel in our great city and shares the secrets behind its magic.”

The Park Avenue Armory was built by the New York State’s prestigious Seventh Regiment of the National Guard. Members included New York’s most prominent Gilded Age families such as the Roosevelts and the Vanderbilts. The Armory is currently undergoing a multi-million dollar makeover.

Treasures examines the painstaking restoration of two of the 18 period rooms as well as a look at the celebrated 19th-century rooms designed by Louis Comfort Tiffany and Stanford White.

The documentary showcases the Armory’s recent exhibitions including the critically acclaimed the transfinite by Ryoji Ikeda, the outsized reimagining of Leonardo’s Last Supper by Peter Greenaway, and rehearsals of one of the artist-in-residence, Shen Wei Dance Arts. The program goes behind the scenes at the performances of the Royal Shakespeare Company and treats viewers to time-lapse footage of the building and deconstructing of a full-scale Shakespearean theater inside the 50,000 square-foot Wade Thompson Drill Hall. 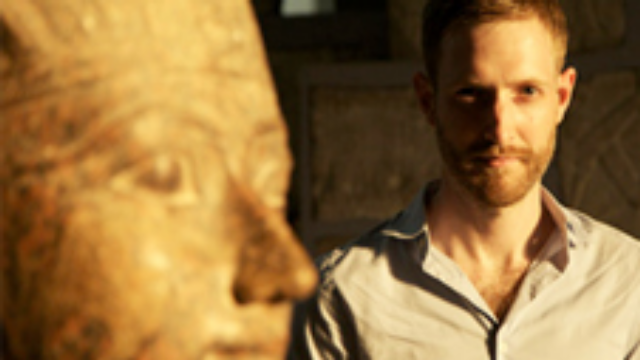