Ruben Salazar Man in the Middle: A Voces Special Presentation

Ruben Salazar: Man in the Middle examines the life and mysterious death of pioneering journalist Ruben Salazar. At the heart of the story is Salazar’s transformation from a mainstream, establishment reporter to primary chronicler and supporter of the radical Chicano movement of the late 1960s. Killed under mysterious circumstances by a law enforcement officer in 1970, Salazar became an instant martyr to Latinos — many of whom had criticized his reporting during his lifetime. Adding to the Salazar mystique is that the details of his death have been obscured in the ensuing four decades.

Featuring material from recently released files obtained by the filmmaker, Ruben Salazar: Man in the Middleremoves Salazar from the glare of myth and martyrdom and offers a clear-eyed look at the man and his times. The film, produced and directed by Phillip Rodriguez, includes interviews with Salazar’s friends, colleagues and family members, and Salazar’s own words culled from personal writings.

“LPB is very proud to present this extraordinary documentary,” says Latino Public Broadcasting Executive Director Sandie Viquez Pedlow. “Ruben Salazar is such a well-known name in Latino history and yet, until this film, the man himself was an enigma. By examining the complexities and contradictions in Salazar’s life, the film tells a universal and very American story about the struggle between ethnic identity and assimilation.”

“Ruben Salazar’s importance in our nation’s history is underscored by the number of schools, scholarship programs and parks across the west and southwest that bear his name,” says Joseph Tovares, Senior Vice President for Diversity and Innovation at CPB. “CPB support for this program, through our Diversity and Innovation Fund, reflects our commitment to giving voice to storytellers from all across the country and from a wide range of perspectives.”

Born in Mexico and raised in El Paso, Salazar got his break with The Los Angeles Times in 1959, at a time when the staff was nearly 100 percent white and male. But Salazar was not out to correct society’s evils against Mexican Americans; he just wanted to be a top-notch reporter and refused to be pigeonholed as the “Mexican reporter.”

Like so many other immigrants before and since, Salazar found himself in a rift between profoundly different cultures. The result was a kind of poignant double life. In public, Salazar downplayed his Mexican roots. He owned a home in ultra-conservative Orange County and, at the request of his white wife, raised his children to speak English only. Yet there was another Ruben even his wife hardly knew. “It was almost as though he changed uniforms on the way home from work,” recalls colleague Charlie Ericksen.

Between 1965 and 1968, Salazar worked as a foreign correspondent in the Dominican Republic and Vietnam, then as bureau chief in Mexico City. But while abroad, a new and increasingly vocal Chicano power movement was growing back on the streets of Los Angeles. For years, the city’s Mexican Americans had put up with inferior schools and social services, and virtually no political representation, but in 1968 thousands of Mexican-American high school students walked out to protest their inferior education.

Salazar was the Times’ obvious choice to cover the movimiento, but when asked to leave his prestigious Mexico City gig, the reporter balked — he didn’t want to lose his place in line on the foreign desk to cover a bunch of long-haired kids in East L.A. Despite his protests, he was summoned back to L.A. and began writing about police discrimination against Mexican Americans, relations between Chicanos and African Americans, and the young radical groups.

Soon his articles not only translated the movement for white readers but legitimized some of its claims. The more Salazar reported, the more he struggled with his role as neutral observer. Although he had little in common with the Chicanos in the barrio, something about the movement tugged at him. Because the Times editors showed little interest in the nuances of the beat that they had assigned him to cover , he left his full-time reporting gig in April 1970 for a job as news director of KMEX, a fledgling Spanish-language TV station, staying on at the Times in the new role of part-time columnist.

While many questioned the seemingly downward career move, Salazar’s KMEX position allowed him to provide news about Latinos for Latinos. Meanwhile, Salazar’s column at the Times gave him the opportunity to address the paper’s largely white readership with a freedom that had long eluded him. In both roles, Salazar acted as a bridge between the old ideology of assimilation and the new chicanismo.

In an era when the LAPD routinely used excessive force on unarmed citizens, Salazar pulled no punches when chronicling their actions. Unhappy with his reporting, LAPD cops warned him off and Salazar came to believe he was being monitored and followed by law enforcement.

On August 29, 1970, a crowd of 30,000 attended the Chicano Moratorium antiwar protest, the largest Mexican-American rally to date. After an incident sparked chaos and looting, sheriff’s deputies moved into the park, wielding billy clubs and firing tear gas. It became the biggest and bloodiest riot in L.A. since Watts.

Salazar was covering the day’s events with a fellow KMEX reporter. With the riot raging, they ducked into the dingy Silver Dollar Cafe. Deputies quickly surrounded the building and, by their account, ordered the occupants to come out. The dozens inside would later testify that they never heard any such commands. Meanwhile, Deputy Thomas Wilson, interviewed here for the first time, fired the first of two teargas projectiles into the bar. Amidst chaos and choking smoke, the customers crawled out. Everyone except Salazar.

Was the 42-year-old journalist’s death an accident or was he targeted? A coroner’s inquest was held, but criminal charges were never filed. To get to the truth, the filmmakers spent nearly two years pressing authorities, from the L.A. Sheriff’s Department to the U.S. Department of Justice, to relinquish information about Salazar’s death. As a result of the Sheriff’s Department refusal to release the files, the film’s producers, with the support of MALDEF (The Mexican American Legal Defense Fund), filed suit for their release. In December 2012, the sheriff and the county agreed to turn over volumes of never-before-seen original photos, film and other documents.

Mexican Americans, including many who had called Salazar a sellout during his life, lifted him up as a martyr after his death — something his closest friends say he would have hated. Ruben Salazar: Man in the Middle reveals the truth about the pioneering journalist’slife and death, removing him from the shadows of legend and restoring him to his rightful place in history. “The Salazar story had long been considered to be an ethnic story, a regional story,” says filmmaker Rodriguez. “But it is much bigger than that. This is a story about a regular guy who, motivated by principle, challenges an abusive authority at great risk to himself — it’s a classic American story.” 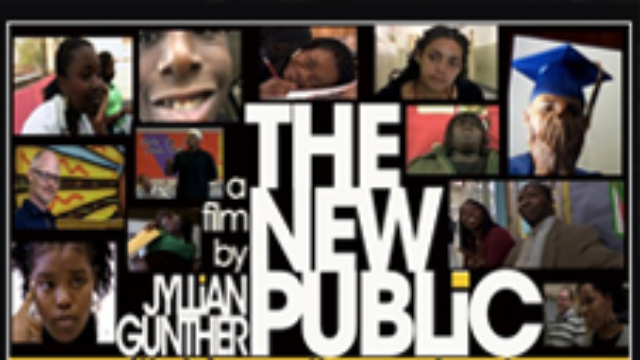 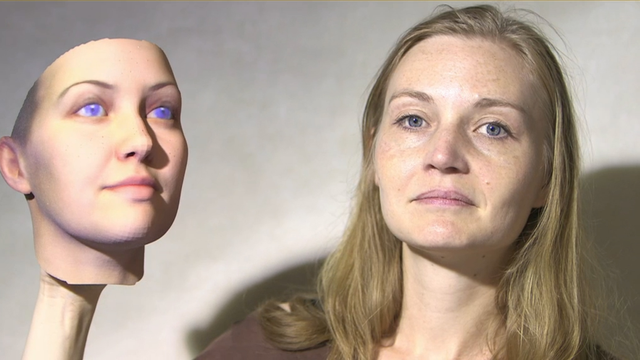