Eyes on the Prize I and II

Almost three decades since its premiere, the groundbreaking series Eyes on the Prize I and II will return to PBS this January.

Produced by Blackside, Eyes on the Prize tells the definitive story of the Civil Rights era from the point of view of the ordinary men and women whose extraordinary actions launched a movement that changed the fabric of American life and embodied a struggle whose reverberations continue to be felt today.This multi-part Academy Award nominated documentary is the winner of numerous EmmyÒ Awards, a George Foster Peabody Award, an International Documentary Association Award, and a Television Critics Association Award.

Hailed as “required watching” (New York Magazine) and “indispensable” (Time), Eyes on the Prize recounts the fight to end decades of discrimination and segregation.  It is the story of the people—young and old, male and female, northern and southern—who, compelled by a meeting of conscience and circumstance, worked to eradicate a world where whites and blacks could not go to the same school, ride the same bus, vote in the same election, or participate equally in society.  It was a world in which peaceful demonstrators were met with resistance and brutality—in short, a reality that is now nearly incomprehensible to many young Americans.

Through contemporary interviews and historical footage, Eyes on the Prize I and II, traces the civil rights movement from the Montgomery bus boycott to the Voting Rights Act; from early acts of individual courage through the flowering of a mass movement and its eventual split into factions.  The late Julian Bond, political leader and civil rights activist, narrates.     The driving force behind Eyes on the Prize and Blackside, Henry Hampton won numerous awards for this landmark series including the duPont-Columbia Gold Baton Award, Peabody Awards in 1988 and 1991,and was nominated for an Academy Award for Best Documentary Feature.  He set out to share his vision of what he called “the remarkable human drama that was the Civil Rights Movement” through the Eyes on the Prize documentary and a book of the same title by Juan Williams.  In recent years, a number of key figures who appear in the films (including the Reverend Ralph Abernathy, a leader of the Montgomery bus boycott; Coretta Scott King, wife of slain civil rights leader Martin Luther King Jr., and an activist in her own right; Kwame Turé, also known as Stokely Carmichael, leader of the Student Nonviolent Coordinating Committee; and George Wallace, 1960s Alabama governor who resisted integration) have died, making this record of their testimony all the more valuable.

EPISODE 1Awakenings 1954-1956
SUNDAY, JANUARY 17, 2016
Individual acts of courage inspire black Southerners to fight for their rights: Mose Wright testifies againstthe white men who murdered young Emmett Till, and Rosa Parks refuses to give up her bus seat to awhite man in Montgomery, Alabama.

EPISODE 2Fighting Back 1957–1962
SUNDAY, JANUARY 24, 2016
States’ rights, loyalists, and federal authorities collide in the 1957 battle to integrate Little Rock’s CentralHigh School, and again in James Meredith’s 1962 challenge to segregation at the University ofMississippi.   Both times, a Southern governor squares off with a US president, violence erupts—andintegration is carried outEPISODE 3Ain’t Scared of Your Jails 1960–1961SUNDAY, JANUARY 31, 2016 Black college students take a leadership role in the Civil Rights movement as lunch counter sit-ins spreadacross the South.  Freedom Riders also try to desegregate interstate buses, but they are brutallyattacked as they travel.

EPISODE 3Ain’t Scared of Your Jails 1960–1961SUNDAY, JANUARY 31, 2016
Black college students take a leadership role in the Civil Rights movement as lunch counter sit-ins spreadacross the South.  Freedom Riders also try to desegregate interstate buses, but they are brutallyattacked as they travel.

EPISODE 5Mississippi: Is This America? 1963–1964
SUNDAY, FEBRUARY 14, 2016
Mississippi’s grass-roots Civil Rights Movement becomes an American concern when college studentstravel south to help register black voters and three of them are murdered.  The Mississippi FreedomDemocratic Party challenges the regular Mississippi delegation at the Democratic Convention in AtlanticCity.

EPISODE 6Bridge to Freedom 1965
SUNDAY, FEBRUARY 21, 2016
A decade of lessons is applied in the climactic and bloody march from Selma to Montgomery, Alabama.A major victory is won when the federal Voting Rights Bill passes, but Civil Rights leaders know they havenew challenges ahead.

EPISODE 1The Time Has Come 1964-1966
SUNDAY, FEBRUARY 28, 2016
After a decade-long cry for justice, a new sound is heard in the civil rights movement: the insistent callfor power. Malcolm X takes an eloquent nationalism to urban streets as a younger generation of blackleaders listens. In the South, Stokely Carmichael and the Student Nonviolent Coordinating Committee(SNCC) move from "Freedom Now!" to "BlackPower!" as the fabric of the traditional movement changes.

EPISODE 4The Promised Land 1967-1968
SUNDAY, MARCH 20, 2016
Martin Luther King, Jr. stakes out new ground for himself and the rapidly fragmenting civil rightsmovement. One year before his death, he publicly opposes the war in Vietnam. His Southern ChristianLeadership Conference (SCLC) embarks on an ambitious Poor People's Campaign. In the midst of politicalorganizing, King detours to support striking sanitation workers in Memphis, where he is assassinated.King's death and the failure of his final campaign mark the end of a major stream of the movement.

EPISODE 5Ain’t Gonna Shuffle No More 1964-1972
SUNDAY, MARCH 27, 2016
A call to pride and a renewed push for unity galvanize black America. World heavyweight championCassius Clay challenges America to accept him as Muhammad Ali, a minister of Islam who refuses to fightin Vietnam. Students at Howard University in Washington, D.C., fight to bring the growing blackconsciousness movement and their African heritage inside the walls of this prominent black institution.Black elected officials and community activists organize the National Black Political Convention in Gary,Indiana, in an attempt to create a unified black response to growing repression against the movement.

EPISODE 6A Nation of Law? 1968-1971
SUNDAY, ARPRIL 3, 2016
Black activism is increasingly met with a sometimes violent and unethical response from local andfederal law enforcement agencies. In Chicago, two Black Panther Party leaders are killed in a pre-dawnraid by police acting on information supplied by an FBI informant. In the wake of President Nixon's call to"law and order," stepped-up arrests push the already poor conditions at New York's Attica State Prisonto the limit. A five-day inmate takeover calling the public's attention to the conditions leaves 43 mendead: four killed by inmates, 39 by police.

EPISODE 7The Keys to the Kingdom 1974-1980
SUNDAY, ARPRIL 10, 2016
In the 1970s, antidiscrimination legal rights gained in past decades by the civil rights movement are putto the test. In Boston, some whites violently resist a federal court school desegregation order. Atlanta'sfirst black mayor, Maynard Jackson, proves that affirmative action can work, but the Bakke SupremeCourt case challenges that policy.

EPISODE 8Back to the Movement 1979-mid 80s
SUNDAY, ARPRIL 17, 2016
Power and powerlessness. Miami's black community -- pummeled by urban renewal, a lack of jobs, andpolice harassment -- explodes in rioting. But in Chicago, an unprecedented grassroots movementtriumphs. Frustrated by decades of unfulfilled promises made by the city's Democratic political machine,reformers install Harold Washington as Chicago's first black mayor. 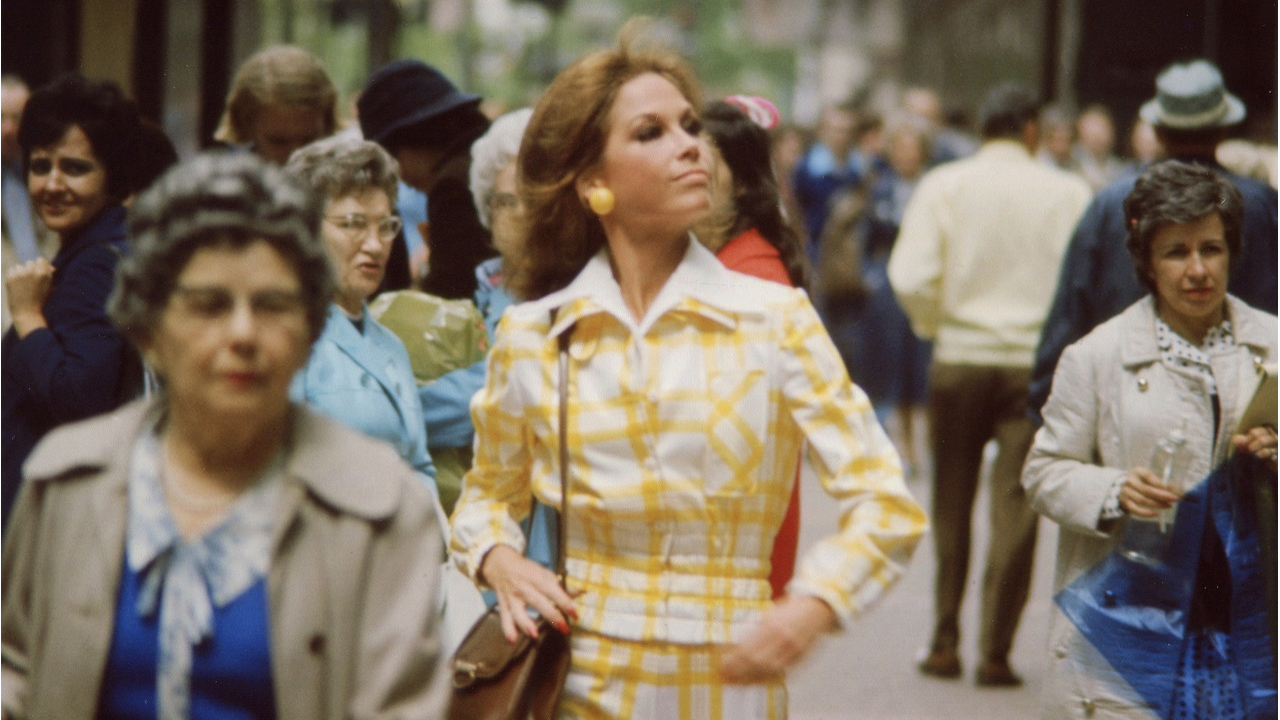