James McNeill Whistler and the Case for Beauty

An art star, dandy, instigator and radical artistic visionary, James McNeill Whistler (1834–1903) introduced ideas and forms that were avant-garde for their time. A new documentary by award-winning filmmaker Karen Thomas, James McNeill Whistler & The Case for Beauty, examines the life of the man and the course of his career. Two Academy Award-winners provide voices in the film; Kevin Kline is the voice of Whistler, and Anjelica Huston is the film’s narrator.

Whistler was known as a caustic wit and man-about-town in his adopted home of London, and the film takes a close look at that life, and at how the 19th-Century artist  pioneered a new way of thinking about art that supported beauty in and of itself as a work’s most essential value, what we know today as “art for art’s sake.” This pioneering genius’ struggle to find his own voice resulted in a breakaway style that moved painting towards abstraction and revolutionized the art world in Whistler’s time — paving the way for what became known as modern art decades later in the 20th -Century.

Featuring nearly 200 etchings, paintings and historical photographs, James McNeill Whistler & The Case for Beauty provides a look at Whistler’s art and the adventuresome nature that earned him his often-controversial reputation and made him the original “art star.” The documentary employs unique animations and layered builds of the artist’s great works. Re-enactments show scenes from Whistler’s life and the behind-the-scenes work on the creation of several of his famous paintings, including “Arrangement in Grey and Black No.1” — popularly known as “Whistler’s Mother” — one of the most iconic works of art in history. Also featured are “The White Girl,” “The Balcony,” and the creation of the famed “The Peacock Room,” a masterpiece of decorative arts. Digital animations offer a 3-D journey through Whistler’s etchings of the French countryside and capture his process of revising etchings in Venice.

The film is part of a landmark year recognizing Whistler. The documentary coincides with the U.S. and Japanese tours of major Whistler exhibitions. An American in London: Whistler and the Thames has traveled to the Smithsonian’s Arthur M. Sackler Gallery, Washington, D.C. (May 3–August 17, 2014). After this, selected works will join a major Whistler retrospective, organized by NHK, to be shown at the National Museum of Modern Art in Kyoto (September 13–November 16, 2014) and the Yokohama Museum of Art (December 6, 2014–March 1, 2015). Both exhibitions draw heavily on the Hunterian Museum and Art Gallery’s Whistler Collection of oils, etchings, lithographs and watercolors. The Smithsonian’s Freer Gallery of Art is also hosting Off the Beaten Path: Early Works by James McNeill Whistler (September 28, 2013–September 28, 2014) and The Peacock Room Comes to America (April 9, 2011–December, 2015), in addition to their regular exhibit Freer & Whistler: Points of Contact (continues indefinitely). Additionally, the authoritative biography of Whistler, Whistler: A Life for Art’s Sake (Yale University Press, 2014) by Daniel E. Sutherland, was published in March and is the first biography of Whistler to make extensive use of the artist’s private correspondence.

The documentary traces Whistler’s artistic life from his birth in America and his formative years in Russia, where he first began to draw, and on to Paris in his early youth, living the life of a bohemian artist. After Paris, Whistler finally landed in the Chelsea neighborhood of London in the 1850s. As an American in London, he could mingle with the lower and upper-classes. He was working in an art world that was benefitting from an increasingly wealthy middle class who saw art as an opportunity to purchase the appearance of aristocracy. Famous for his patent leather shoes, monocle and uptown swagger, Whistler’s theatrics attracted the curiosity of buyers and the attention of the critics. The program examines how Whistler’s unique Sunday breakfasts at his studio ensured that the boisterous artist, and his art, would remain the talk of the town. The documentary also looks at his volatile nature and the bold letters to the press that earned Whistler notoriety. By the time of his death, Whistler had become one of the most recognized artists in Europe. He is now placed in the first rank of modern painters, his work compared to that of Velázquez and Rembrandt. 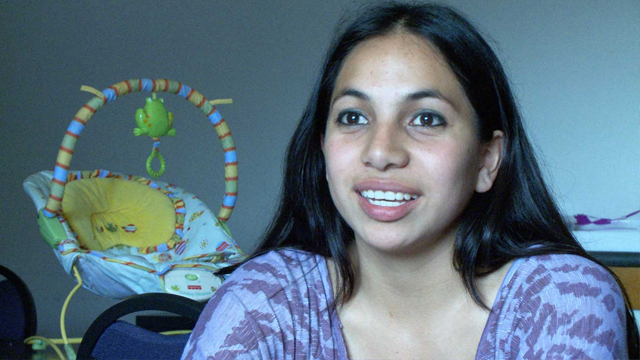