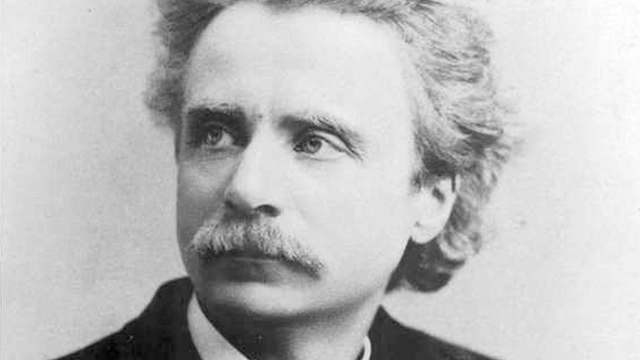 Norwegian composer and pianist. He is best known for his Piano Concerto in A minor, for his incidental music to Henrik Ibsen's play Peer Gynt (which includes Morning Mood and In the Hall of the Mountain King), and for his collection of piano miniatures Lyric Pieces.

Edvard Grieg was born in Bergen, Norway on June 15, 1843. His father was a merchant and Vice Consul to America. His mother was a music teacher who gave young Edvard his first introductions to music. She taught him piano at the age of six.

In the summer of 1858, young Edvard was introduced to an eminent Norwegian violinist by the name of Olé Bull who instantly recognized the teenager’s talent and persuaded his parents to send him to the Leipzig Conservatory for further study. Even though Grieg did well in his studies, he disliked the discipline involved in serious musical study at the conservatory.

Grieg made his concert piano debut in 1861 in Sweden which was very well received. A year later, he completed his conservatory studies and held his first concert in his hometown which included Beethoven’s Pathetique Sonata. Another rave review for Grieg.

A year Grieg travelled to Denmark for a three-year stay where he met Danish composer Niels Gade who became a great friend and large influence.

Grieg married his first cousin in 1867 and composed his seminal Piano Concerto a year later.

Grieg’s fellow countryman, author and playwright Henrik Ibsen asked Grieg to compose music for the premiere of his play Peer Gynt. It took Grieg two years. He later extracted two suites of music from the play. Two of the themes, “Morning Mood” and “Hall of the Mountain King” have since become two of the most recognized themes in classical music.

Grieg continued to maintain close ties with the Bergen Philharmonic and became its Music Director from 1880-1822.

In 1888, Grieg met Tchaikovsky in Leipzig and the two became friends. Tchaikovsky praised Grieg’s music highly for its beauty, originality and warmth.

Grieg’s later years brought him great fame, partially through his recordings in the very early 20th century, both on early 78-RPM records, but also piano rolls.

Forty thousand people honored him in the streets of his hometown at his funeral.