They couldn’t use cell phone data to track Henry Knox and his Noble Train of Artillery, so they put up big stone markers to show us where he went. The markers have now been in place for nearly a century. You’ve probably driven right past one of them and didn’t even know it.

In the winter of 1775-’76, a book store owner from Boston traveled to Fort Ticonderoga to collect captured British cannon that were then used to drive the Redcoats out of Boston; a major American victory, early in the Revolutionary War.

In 1926, the stone markers were put in place to mark the route of the Knox Cannon Trail. If you’re up for a field trip, here’s a handy guide to help you find them.

The guide I used to follow the Knox Cannon Trail in New York can be found here on the website of the Hudson River Valley Institute. You could see most of the New York markers in an easy day trip from the Capital Region.

I first became aware of the Knox Cannon Trail when I saw Marker #1 at Fort Ticonderoga. If you’re a student of American History, I highly recommend a trip to Ti. I never leave the fort without learning something new. 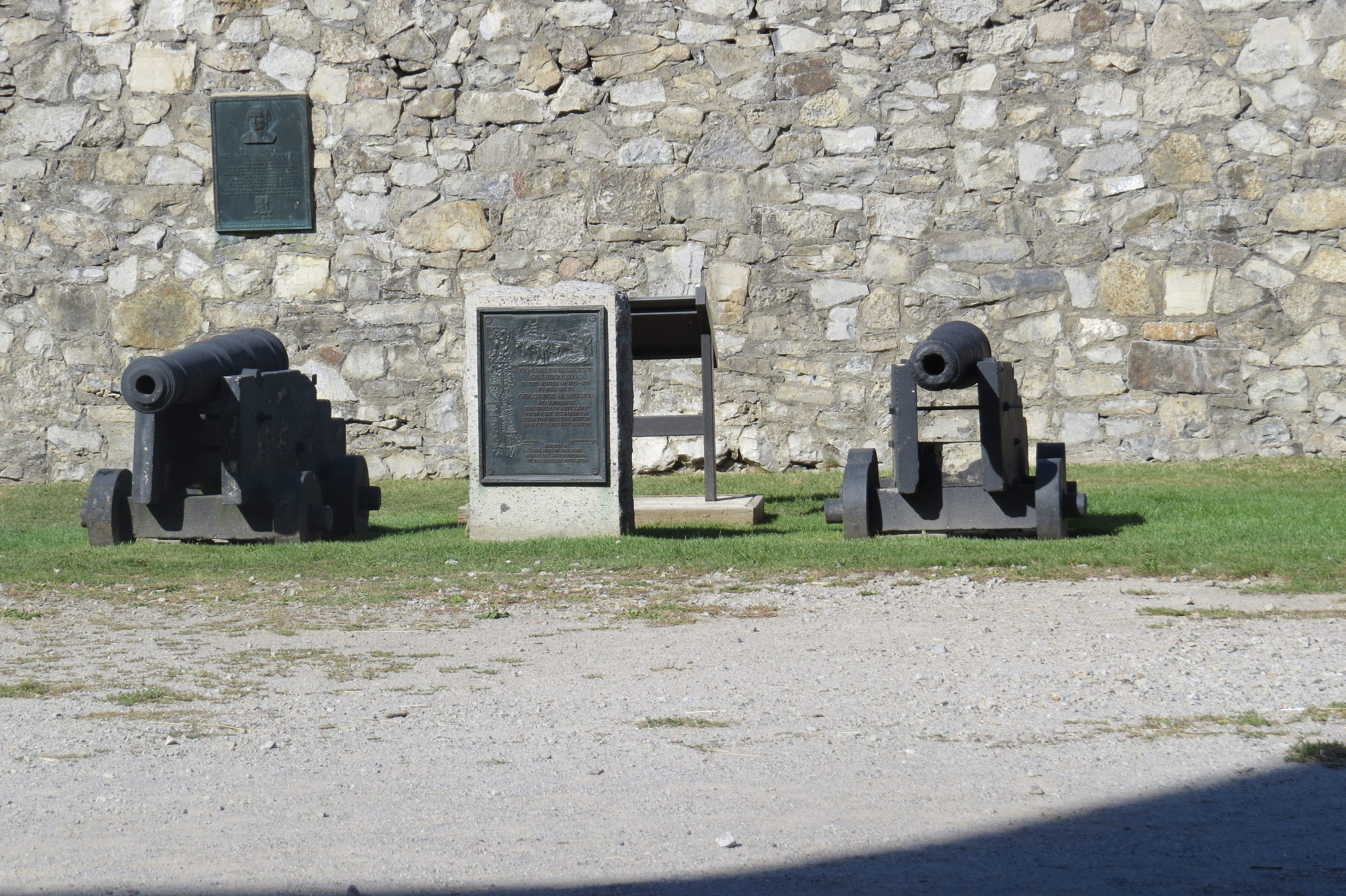 I really got interested one day after I had lunch at The Ship’s Pub on Northern Boulevard in Albany. As I was getting in my car, I saw a stone marker in the parking lot. Could it be? It was. And that’s how I found Knox Trail Marker #21, across the street from Memorial Hospital. 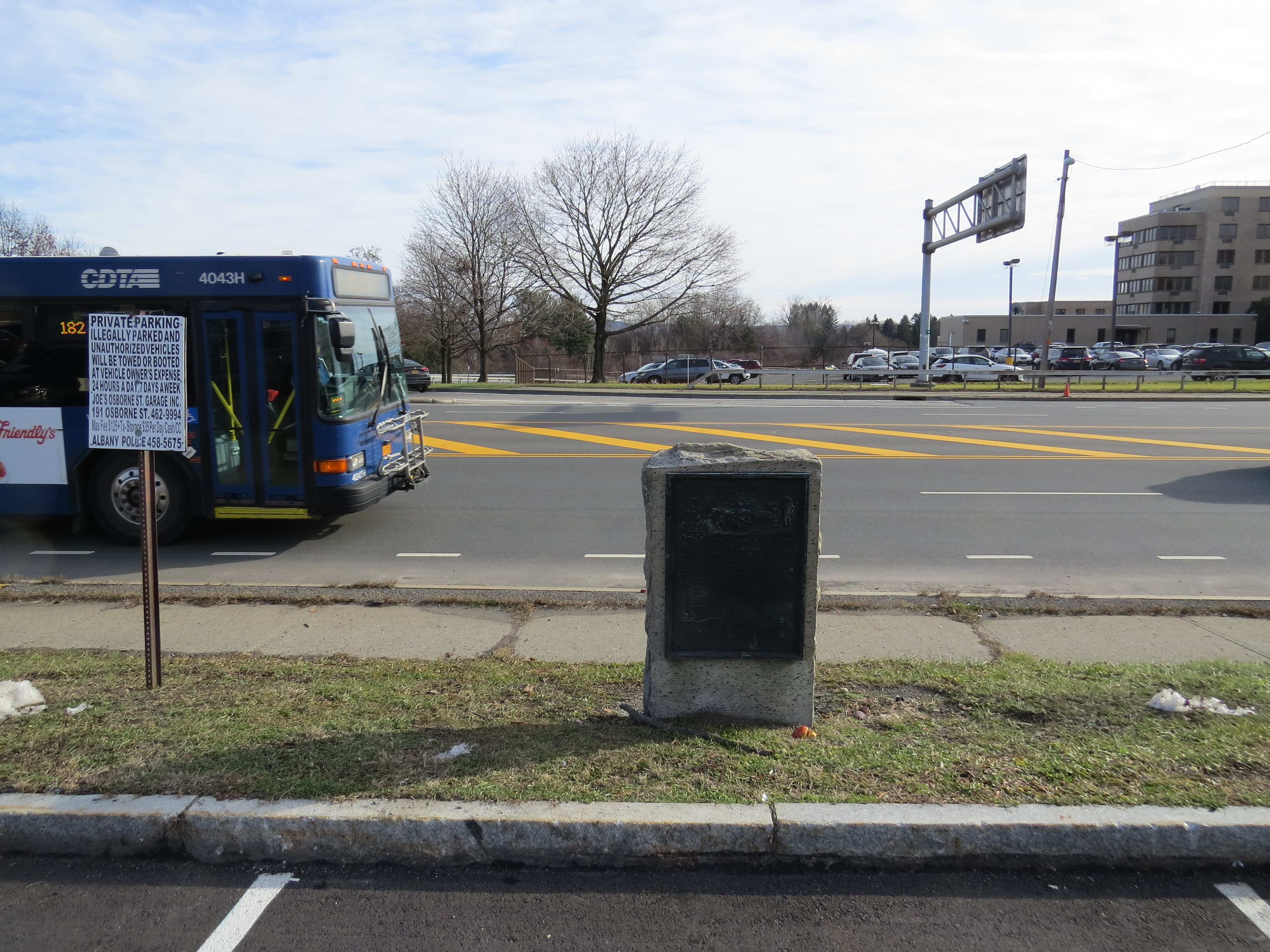 From there I was off on a mission to find the rest of them. If you live in New York’s Capital Region, the markers are all around you.

There’s one right near Eddie’s Aquarium Centre in Latham, but don’t blink or you’ll miss it. 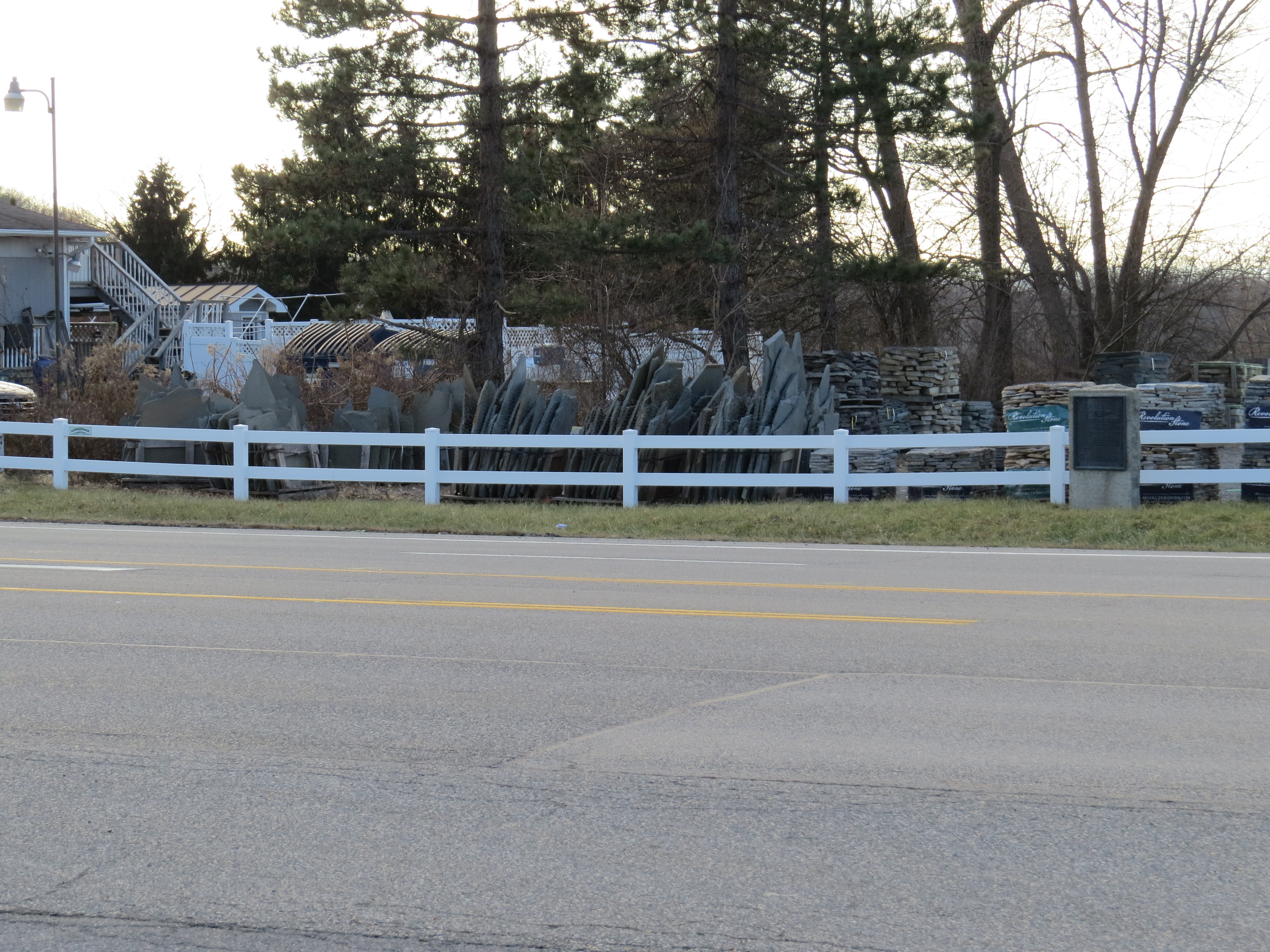 There’s one along the Taconic State Parkway, but you’ll have to turn onto Harlemville Road to safely get a good look. 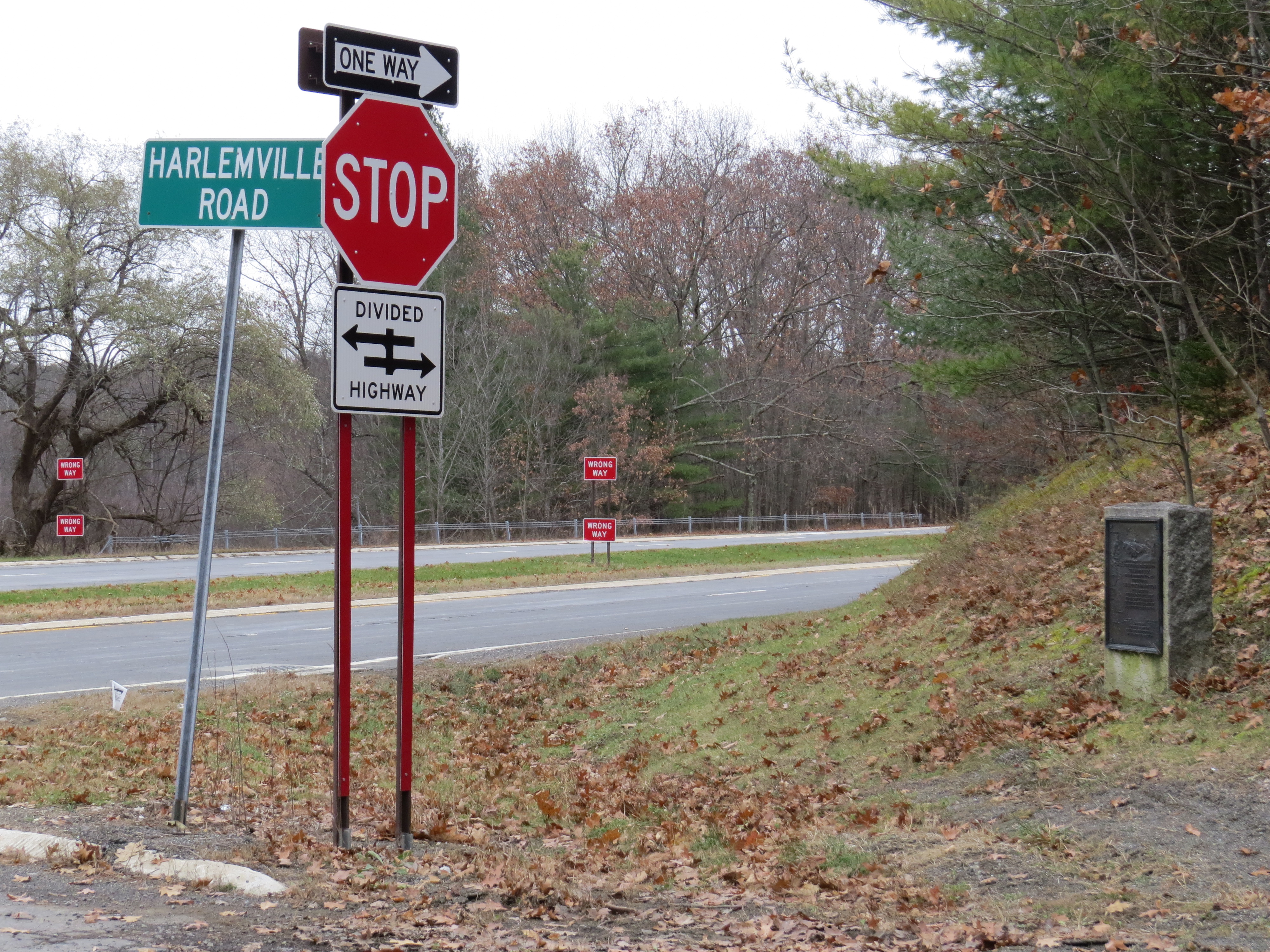 Some of the markers are more celebrated than others. Marker #12 in Saratoga County is accompanied by a modern art depiction of the journey. 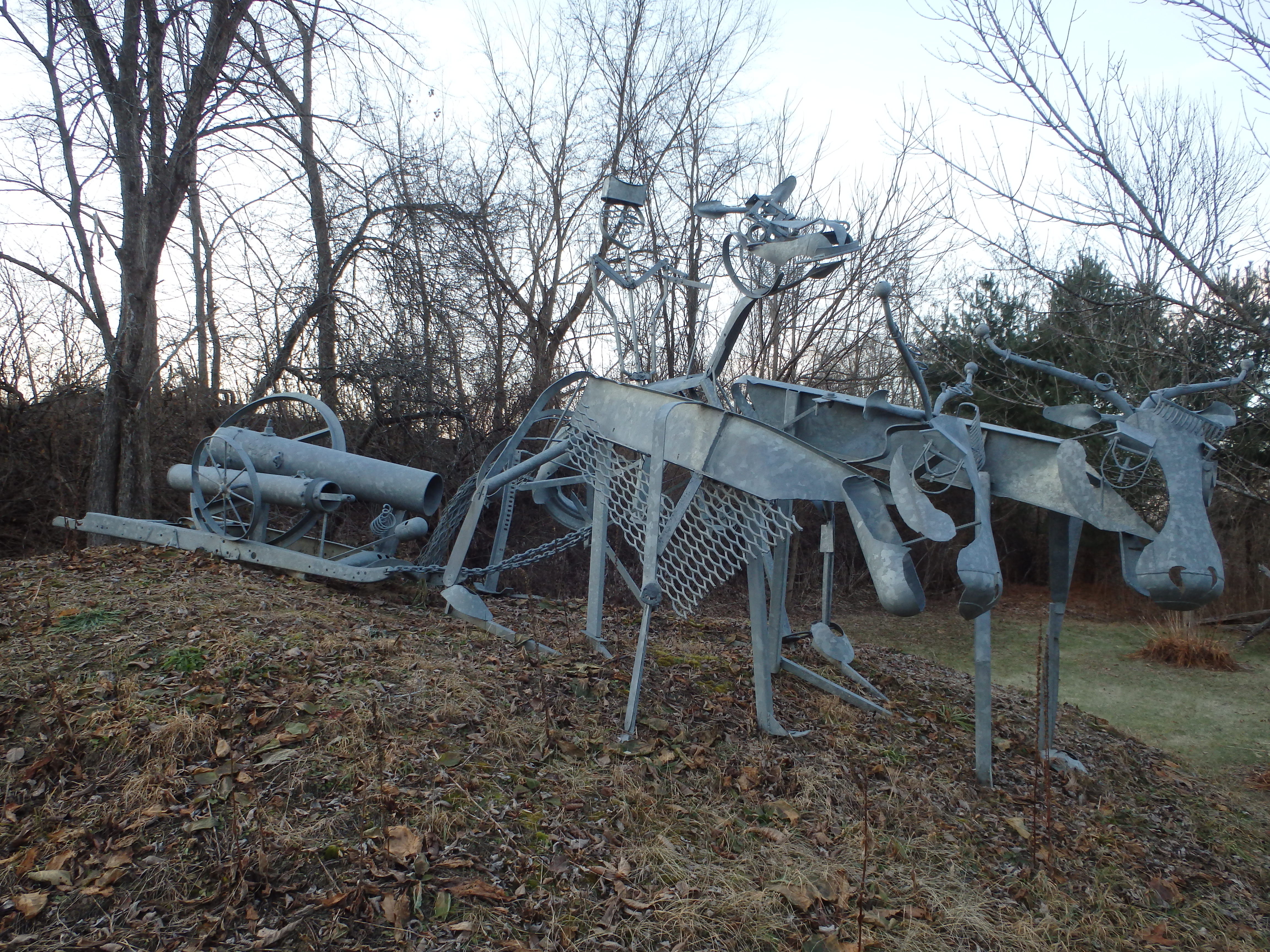 In Kinderhook, Marker #26 is in a park right in the center of the village. 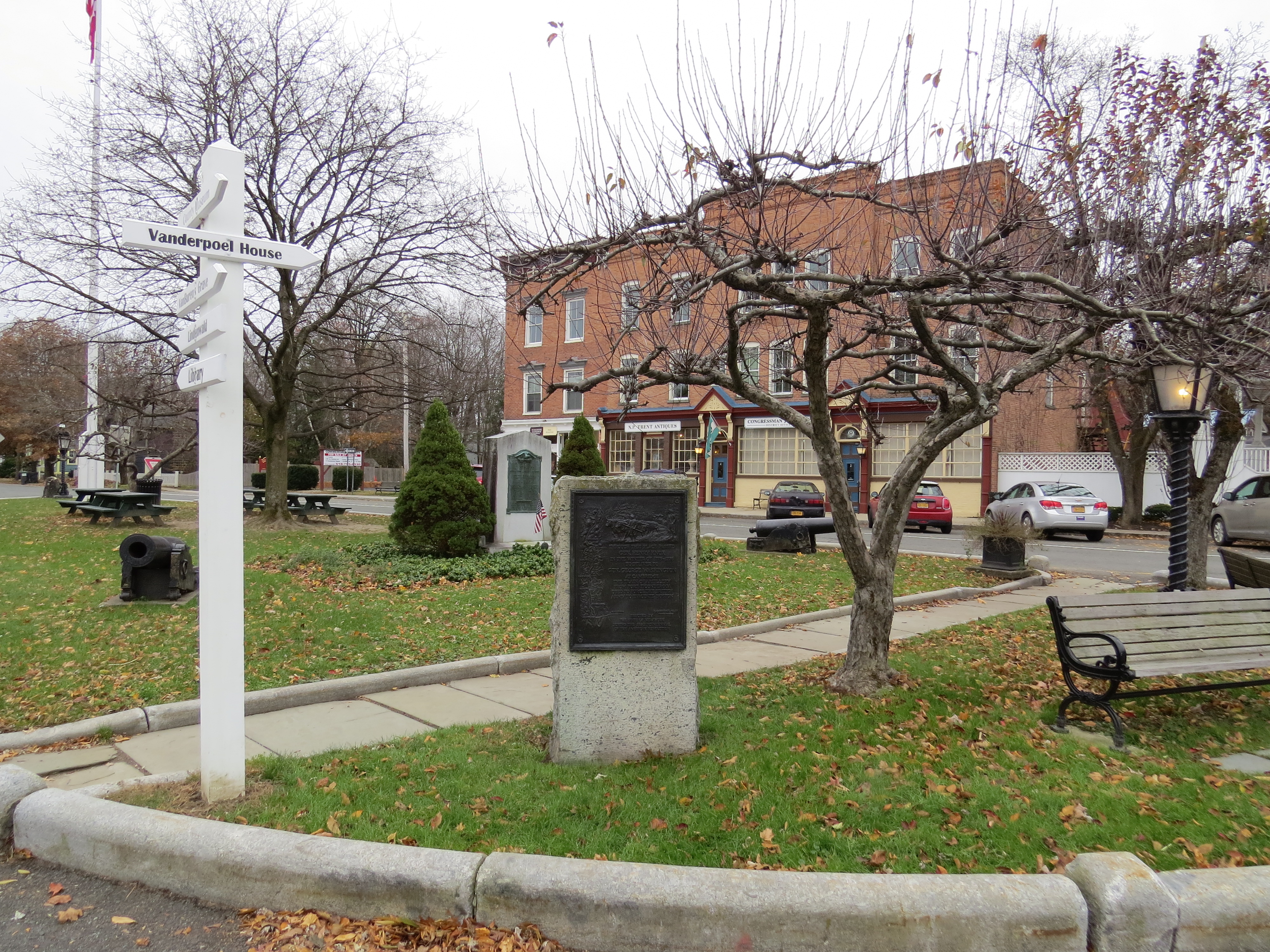 Someone cares enough about #29 in Hillsdale to decorate it with both flags and ducks. 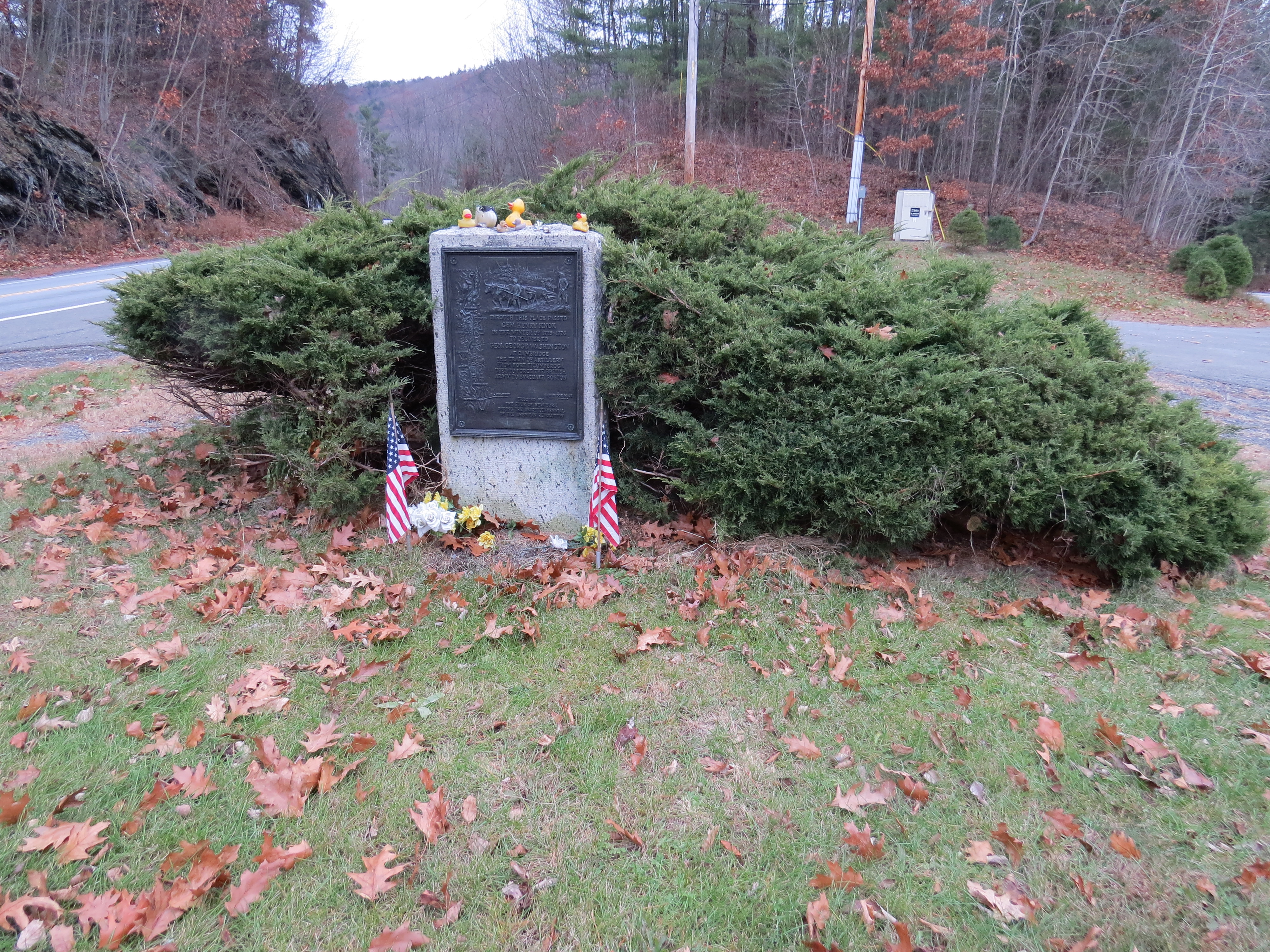 The stone markers have a slightly different design as you cross into Massachusetts. 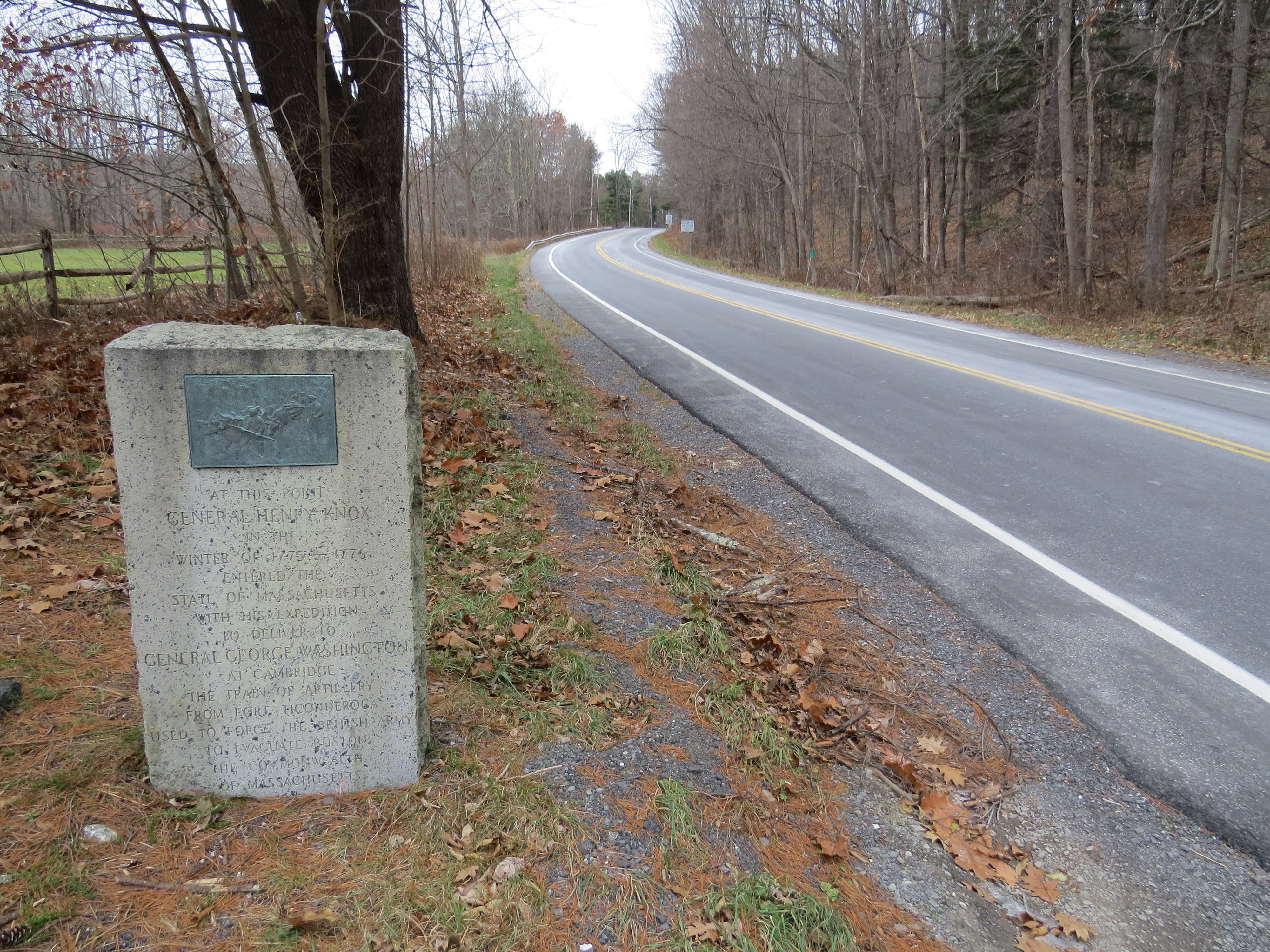 I have not found a great map of the Massachusetts markers, but there is a restaurant and tavern in Otis that might be able to help. The Knox Trail Inn has been there since about the time Knox made his trip.

There are a number of good books to choose from if you want to know more about Henry Knox. He also left a diary of his trip. You can read it here thanks to the Massachusetts Historical Society.

I was planning to end this post with an appeal for assistance in locating Marker #22. It’s an important part of the story, as it was placed near the spot where the cannon fell into the icy Hudson River in Albany.

My WMHT colleague, Jessica Marshall, recorded this short video when she accompanied me on one of my searches.

City Historian Tony Opalka suggested I speak to Mark Castiglione at the Capital District Regional Planning Commission, as Mark had researched the Knox Trail when he was with the Hudson River Valley Greenway. Thanks to both for their assistance.

The original Marker #22 was moved during the construction of Interstate 787. It was replaced with a new marker that you can find at the Corning Preserve. Take the pedestrian walkway over 787. When you get to Jennings Landing, look to your right (south) to find #22. 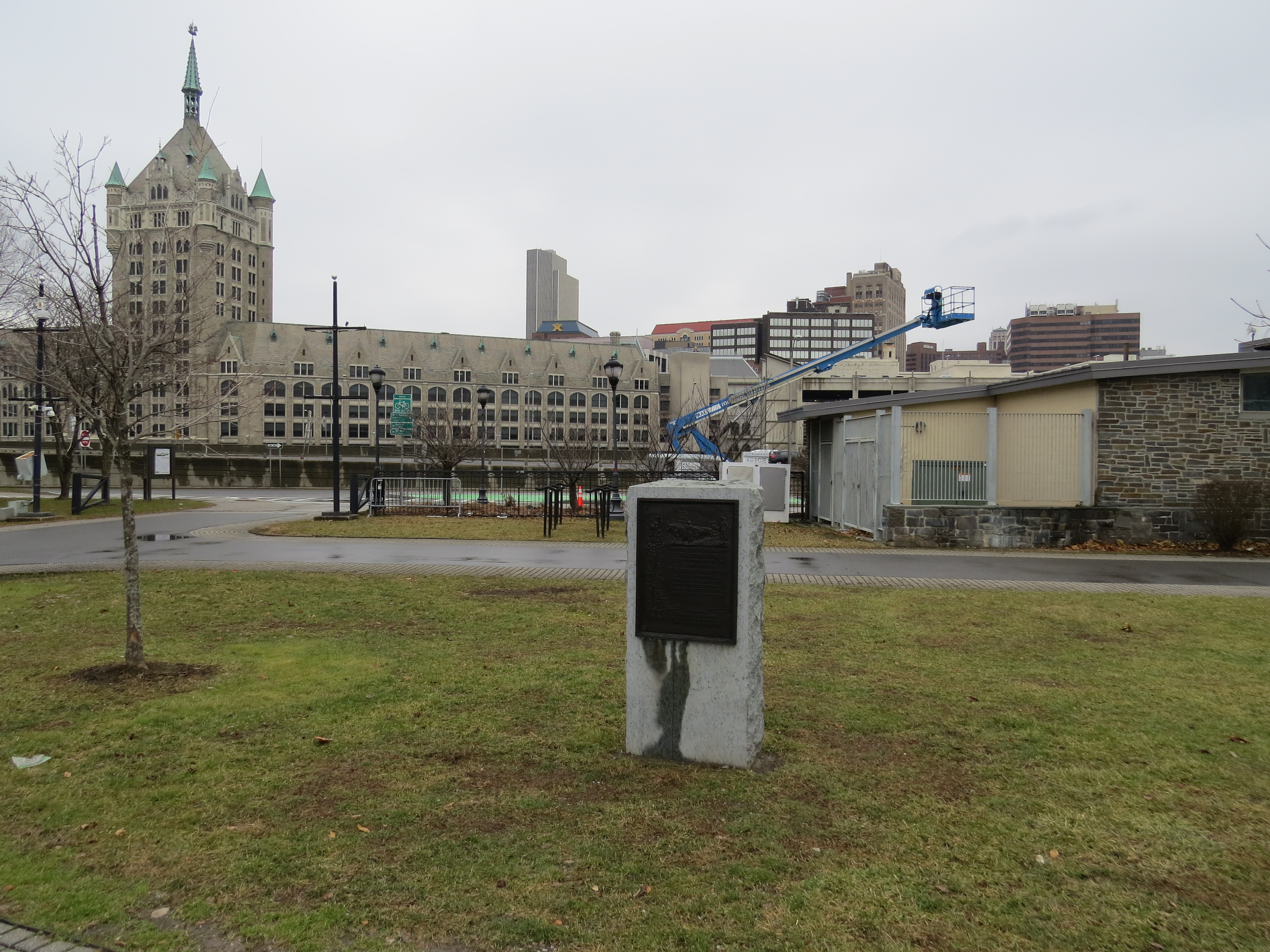 Here’s a closer look, if you’d like to read the text on the markers. 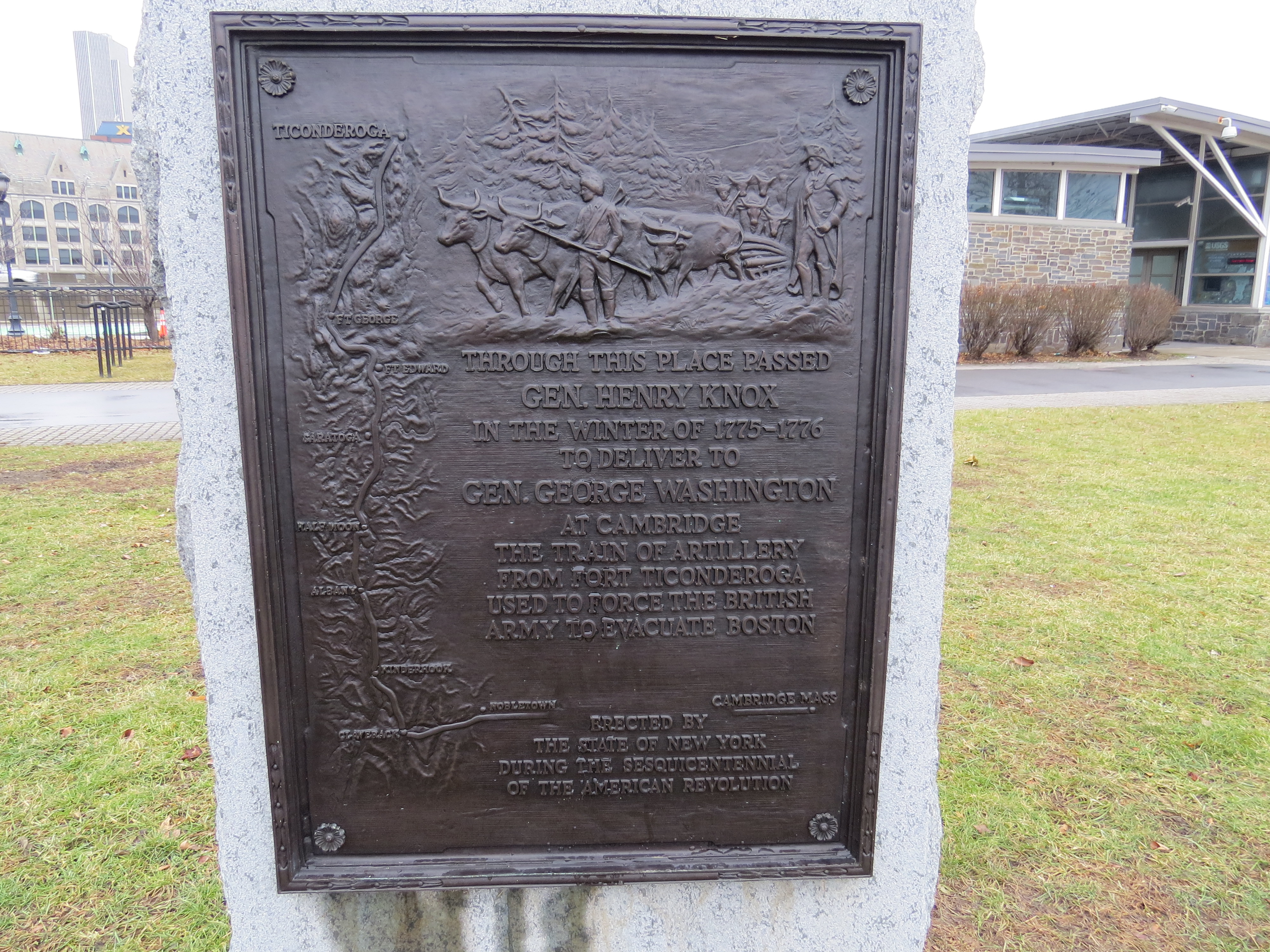 “Through this place passed Gen. Henry Knox in the winter of 1775-1776 to deliver to Gen. George Washington at Cambridge the train of artillery from Fort Ticonderoga used to force the British Army to evacuate Boston. Erected by the State of New York during the sesquicentennial of the American Revolution.”

Another WMHT colleague, Greg Meyers, helped me with the Knox video; especially that map part with the little cannon. He's working on a "behind the scenes" video to show you how we did it.

With thanks to Greg and Zeke Kubisch, here is Greg's video: 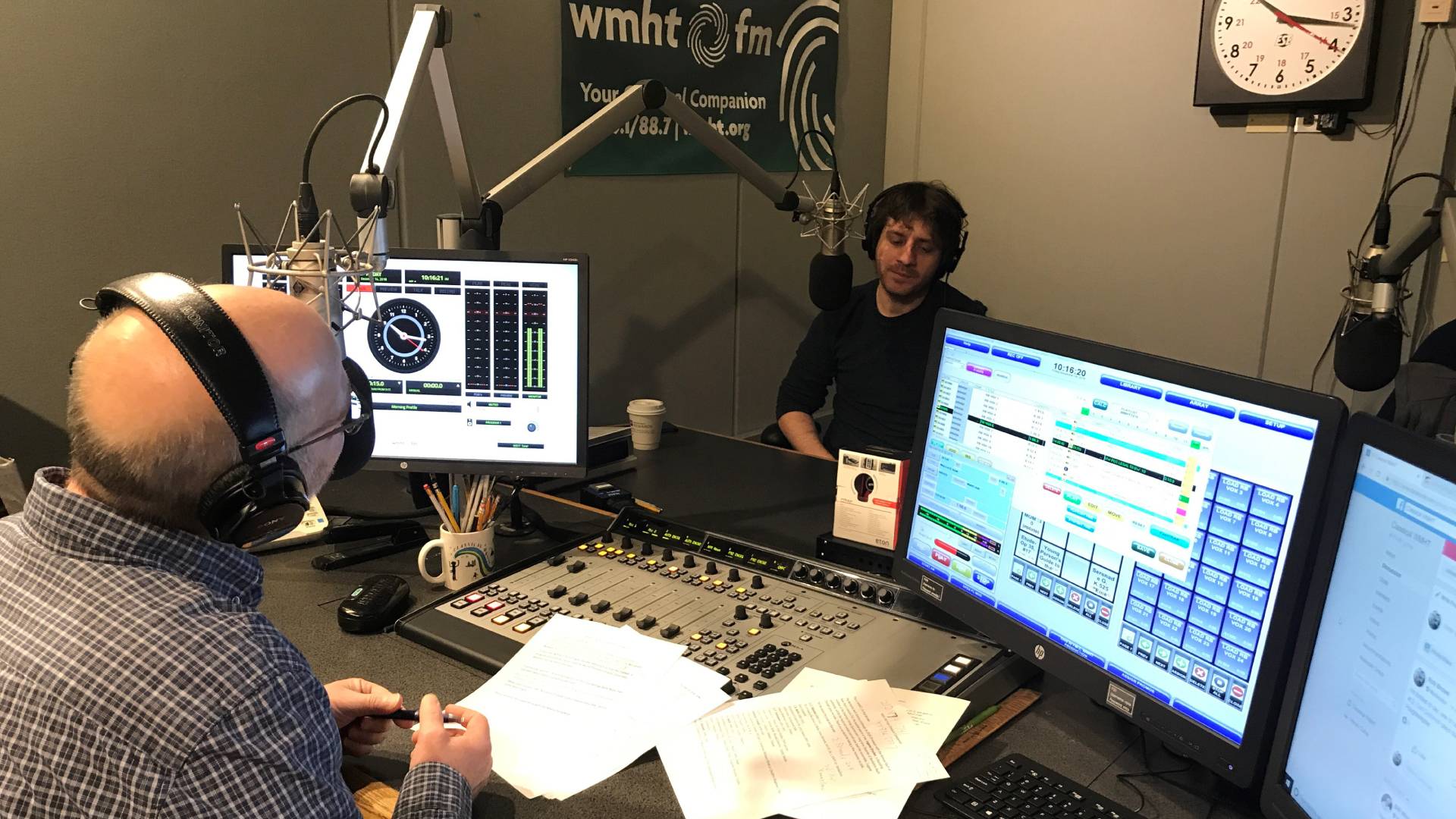 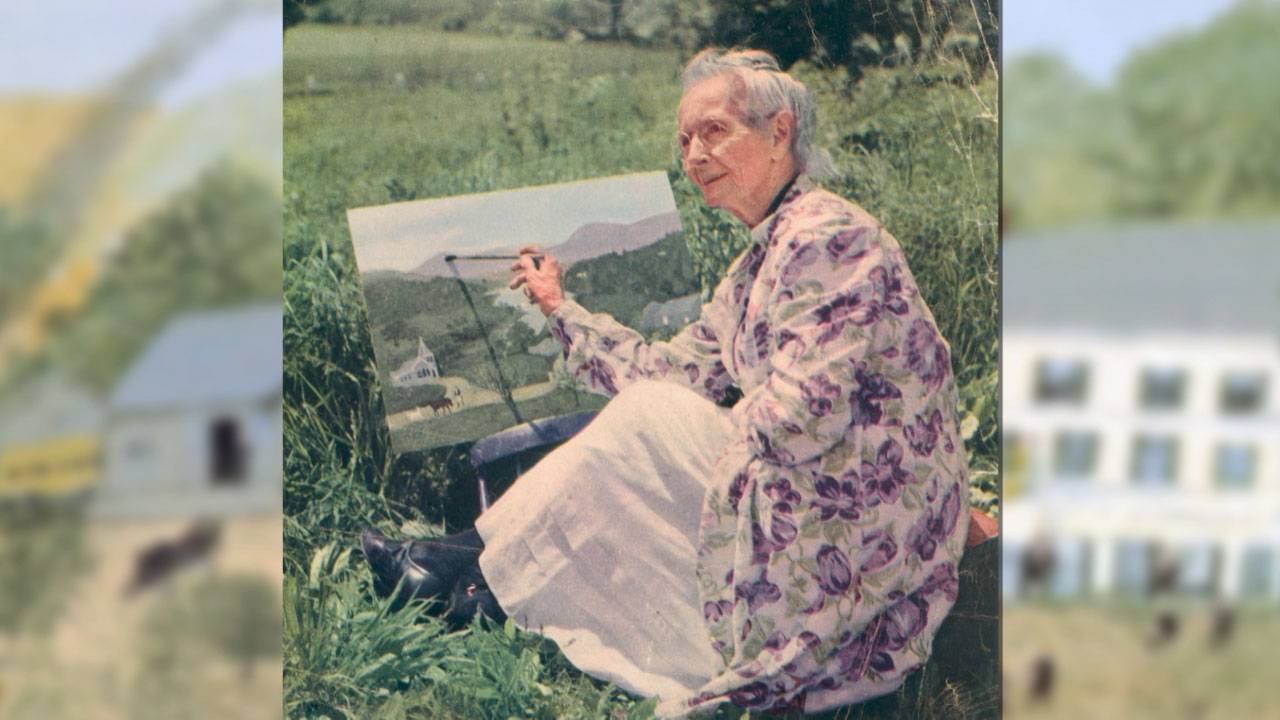