The COVID-19 pandemic is having a devastating effect on the arts community. Philip Morris, CEO of The Proctors Collaborative, shares his thoughts on these challenging times.

Philip Morris: Hello, I'm Philip Morris, the CEO of Proctors Collaborative, which is Proctors in Schenectady, Capital Rep in Albany, and Universal Preservation Hall, which recently opened in Saratoga Springs. Today's April 30th, and I think that date is kind of important for this quick chat. I'm sitting safely in a small studio that we have at Proctors. While the building is closed, we have some essential businesses like a power plant that heats and cools a bunch of facilities in downtown Schenectady, and Open Stage Media, the public access station for Schenectady and Albany. This though is an opportunity to speak on WMHT and their ongoing local arts program. March 30th kind of matters, because whatever I say today could change tomorrow. Largely this is unprecedented. We are all hunkering down to protect others, and our governor, Governor Cuomo, has been really clear about why, what the implications are, what the health implications are, what the death implications are, and also the balancing act of what the economic implications are.

To that end, probably no conversation would be correct without thanking those people who are still on the front lines and will be on the front lines, be they medical or fire and EMS, police, the many businesses and individuals who are coping and will have to cope over the next few weeks with what appears to be a crunch, at least, of significance. Many people have said that we as a country didn't plan well enough for this moment. We've known of pandemics certainly in the past before our medicine was quite as good as it is today, and certainly our scientists have been warning that this can happen again, H1N1, SARS, MERS, they did, but they died off, those particular ones, or at least before affecting the entire country, the entire globe. This one's more complex. Maybe it seems more lethal, and certainly more contagious. To that end, we, the Proctors Collaborative and the arts community in general, took a big hit because we were asked appropriately by the Governor to shut down two, two and a half weeks ago, and shut down we did.

MR: How has COVID-19 affected Proctors?

PM: Now we are the Collaborative, an organization about, we were, $26 million a year of revenue of which about 22 million of that was earned revenue. So not unlike any other business, every day was about what we sold in tickets, in advertising, in sponsorships, in food, in concessions, in energy, all kinds of revenues. And they were all, nearly all, sent to zero. We went from what was $26 million a year to virtually zero. No organization can handle that, particularly. We're not the only ones in the arts community, but we were probably the first, and in all likelihood, we'll be the last to come back in full force, because what do we do, the cultural community of the Capital Region? What do we do, Proctors Collaborative? We convene people. We bring people together. It is our expertise. It is our skill. It is our mission. It is also what our work is.

If it's theater, if it's music, if it's dance, yes, it can happen alone, there are soloists in all those fields, but it's really large manifestation is through collaboration, through working together, through teamwork, through the very efforts of the kind of engagement that we expect in our community, we expect on our stages. So we, the cultural community, have to wait. And it's a very long wait probably, because there will not be good answers for many weeks, if that. The obvious thing, if you're a ticket holder, or if you're somebody who likes to go out, or even the staff at Proctors, when, when, when can we reopen, how do we plan when we don't know when to reopen?

MR: What are your current thoughts on a timeline of reopening?

PM: Well, our assessment, looking at the science, is that reopening is going to take a long time. Depends much on how the pattern of the disease goes. The Governor has been immensely clear with that in his daily briefings. And some of the science has suggested that even with the efforts we're making, we will not flatten the curve, flatten the amount of people who need care, flatten the amount of contagion enough to not overwhelm our medical system, which the science says, and I read, is it will be a while before we're back. We, the convening part of society.

So on April 30th, I worry for all of us, the Proctors Collaborative and every other cultural institution of the Capital Region. The significant federal aid package that came about in the last week certainly did not say, "Oh, we're worried about these culturals." In many ways, it wasn't time for that. The time for that is really when we want to return to a healthier economy and more interaction, but at the same time in this waiting period, between being closed and when we are asked, maybe even begged, to restart and become active again, to help the psychological effects of what has happened to us as a country, we may not have enough resources in place. Many of us operate buildings that are expensive. Think of Proctors, its insurance bill, its utility bill. Those buildings are sometimes newly renovated and historic, think of UPH in Saratoga, or maybe under construction, or maybe not under construction, such as Capital Rep.

We needed to maintain enough capacity to be able to look forward. So our strategy when we closed was radical. We laid off about 80% of our staff, and the 20% we kept were folks that we were confident could help us restart when the time was up. And now we're in that window of time. We don't know if it's two months, six months, maybe longer, maybe in between. We simply have to maintain ourselves. So the message from us, the Proctor's Collaborative, and the message probably from all of our peers in the capital region, is be patient, certainly support the medical need that is existent today, but don't forget that we didn't plan well enough for this medical emergency and we shouldn't make the same mistake by not planning well enough for our restart and our return.

MR: Is there a light at the end of the tunnel? What can we do to help?

PM: We have the capacity as a society to say, yep, we need all members to support the thinking, the finances, the facilities, and the core expertise that will allow us to come back at some time in the future. So to our friends on foundation boards, think about how you can support one of these culturals. Think about how you could support us at the Proctors Collaborative. To government, do what must be done for the medical care of thousands of people and for the fabulous people who are providing that care. But don't forget that to restart, we need to be here. To our donors, if you can advance a gift to any of us, that's fabulous. And to our ticket patrons, be patient. We can't decide today what's going to happen. We could announce rolling postponements, but that makes little sense, because scheduling something for April 30th, when in fact April 12th was the first announced date from the Governor that Broadway would be closed until, would have been a mistake. As rescheduling for May 30th will be a mistake.

So today, March 30th, we know we will be closed for the next few weeks, few months. Be patient. Hold onto your tickets. No one will be hurt. And thank you for listening to WMHT, for hearing my piece of the story about the Proctors Collaborative. I have to say, I just got to act like a newscaster. 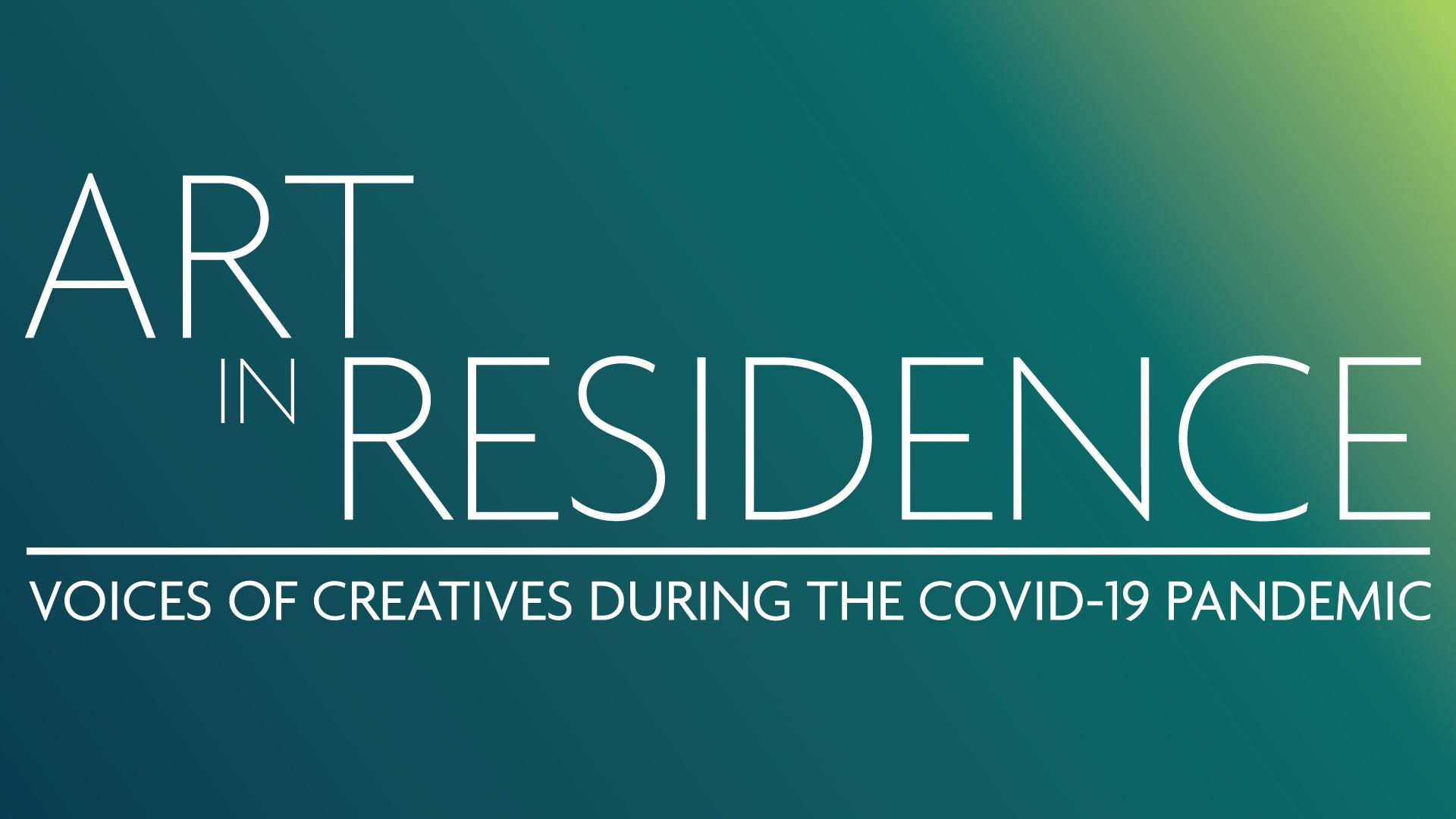 Click here to return to the Art in Residence home page.