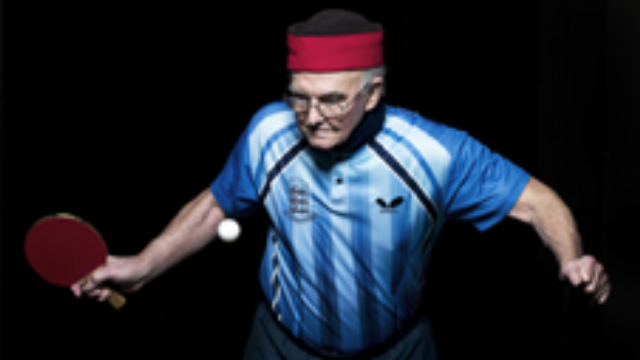 The new British documentary Ping Pong opens with a classic sequence of sports drama. One aging player is laid low with an illness that seems likely to keep him from competing at the next world championship in what would be the culmination of his career. His doubles partner, also a veteran but radiantly healthy by contrast, does what he can to boost his partner’s morale. Will the men fulfill their dream of winning a gold medal?

The surprise in this story is that the sport is ping pong and the men are competing in the over-80 division of the World Veterans Table Tennis Championships. The sick player, Terry Donlon, is 81 and has cancer. He plays wearing a nebulizer for shortness of breath, earning him a reputation as a “walking miracle.” Now, he’s been given one week to live. His doubles partner, fellow Brit Les D’Arcy, 89, is a renowned advocate for the elderly, known for his determined—some would say fanatical—pursuit of activities such as weightlifting and writing poetry. There is naturally much that is charming in a picture of the elderly playing table tennis. But in Terry, Les and five other players, Ping Pong discovers uncommon stories of people playing for something far greater than gold medals. They are playing for their lives.

Anson Hartford and Hugh Hartford’sPing Pong has its national broadcast premiereon Monday, September 9, 2013 at midnight on WMHT TV, as part of the 26th season of the award-winning PBS series POV (Point of View). American television’s longest-running independent documentary series, POV was honored with a 2013 MacArthur Foundation Award for Creative and Effective Institutions.

Ping Pong’s players from around the world are headed for the world championships in China’s Inner Mongolia. Swede Rune Forsberg, 85, an archrival of Les, sees the 2010 competition as his last chance for gold. Dorothy DeLow of Australia may not be the best player, certainly not the quickest, but she’s a legend in her own right. At 100, she is the game’s oldest competitive player. Lisa Modlich of Houston, a relative newcomer at 85, has led an exciting life. She was raised in an aristocratic Viennese family and fought in the French Resistance before emigrating to the United States. She is now married to Joachim, 25 years her junior, and is one of the game’s fiercest competitors, a quality not always well-received by the other players.

Ursula Bihl, 89, of Germany, won the world championship three years earlier and almost gave up on going to the 2010 championship. But, rallied by her son and coach, Gerhard, she decides to make the journey. Ursula and her son both believe ping pong is keeping her alive; she says she’d rather “die at the . . . table than in a care home."

Ursula’s good friend, fellow German Inge Hermann, 89, has perhaps the most astounding story of all. After her husband’s death 15 years earlier, her physical and mental health rapidly declined, and she ended up in the dementia ward of a nursing home. Introduced to table tennis as therapy, she took it further than anyone could have hoped. Inge literally paddled her way back to physical and mental wellbeing, and today she manages the nursing home and teaches weekly computer science classes. In Ping Pong, she’s shown going to her first international competition.

The sport of table tennis originated in Britain in the 1880s. London hosted the first official world championships in 1926. Since 1988, table tennis has been an Olympic sport. Despite the game’s European origins, having the world championship match-up in China’s autonomous Inner Mongolia is not as strange as it might sound. This is modern China, and the location of the tournament in the town of Hohhot reflects the enthusiasm for table tennis among many Chinese and other Asians. Ping Pong shows large and excited crowds watching the competitions, including the over-80 games, with a fervor approaching that of Americans watching NBA games.

Ping Pong, having revealed the gritty stakes behind the endearing images, plays the tournament for every bit of tension as the protagonists experience the “thrill of victory and the agony of defeat” that come from world-class competition. Will the short-of-breath Terry survive his singles matches and play to win the doubles gold? Will Les live up to his extravagant reputation? Will Rune get his gold medal—and vindication? Will Dorothy continue to prove you’re never too old? Will Lisa sweep all before her with her youthful contempt and relative speed? Will Ursula retain her championship though she has slowed down since winning it two years earlier? Will Inge win her first medal and make her nursing home proud?

Most dramatically, will these men and women simply keep playing in the face of old age, illness and the imminence of death? As a younger player says, admiring the 100-year-old Dorothy DeLow, “I’d be proud just to be standing.”

For a film that, like its subjects, faces old age and death head-on, Ping Pong is engaging, inspiring and surprisingly suspenseful. When the ball’s in play, all bets are off.

“Interestingly, ping pong is seeing a resurgence of interest through pop-up spaces, bar-based tournaments and celebrity enthusiasts,” says director Hugh Hartford. “But, really, we wanted to make a film about the tenacity of the human spirit more than about any sports title. There’s a message for all of us in this.”

“At the beginning we thought we were making a film about what life is like toward the end of our lives,” adds producer Anson Hartford, Hugh’s brother, “but Ping Pong is much more about living than about dying. It is more about love and friendship than loss and death.” 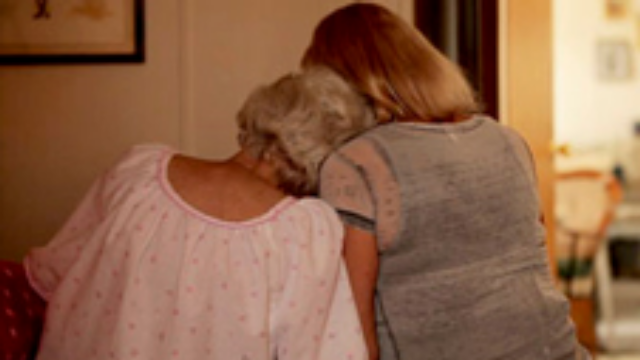