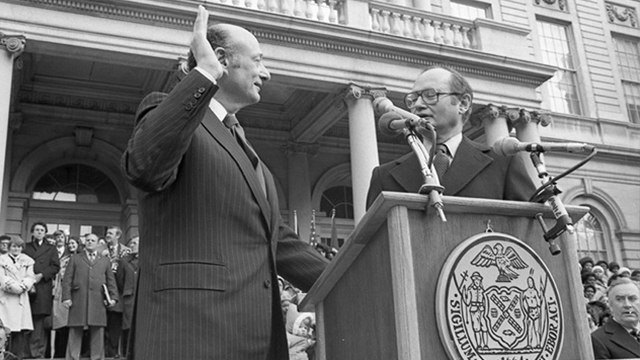 Whether loving him or hating him, just about everybody had to admit that three-term (1978-1989) Mayor Ed Koch was the quintessential New York City politician. He was blunt, funny, combative and shrewd. He was charismatic in a typically uncharismatic New York way — balding, rumpled, with an outer-borough attitude that spoke common sense to anybody who needed it.

Visitors walking the city’s clean streets and pedestrian plazas today would hardly recognize the New York of the ’70s and ’80s. Rampant crime, near-bankruptcy, urban blight, graffiti, the AIDS epidemic and racial conflict marked the mayor’s tenure, as the new documentary Koch makes clear. In a fast-paced, insider’s account that mixes a wealth of archival material with Koch’s ruminations and ceaseless political activity through his final years (he died on February 1, 2013), Koch shows how the mayor represented a new breed of American politician — liberal Democrat, fiscal conservative and law-and-order advocate. For some, that was just what the city needed. For others, it began to make the city safe for the wealthy at the expense of the little guy. One thing was always certain: New York City was  a big stage and Ed Koch was going to make the most of it.

Koch opens with a glittering, nighttime aerial descent over the city and the former mayor recalling — with characteristic brio — how he used to feel flying into town: “This belongs to me. Extraordinary. Thank you, God!” Koch’s love for up-close, personal politics comes into full view as he campaigns on a street corner in 2010 — when the 86-year-old could be enjoying an honored retirement — for an African-American state assembly candidate from Brooklyn. The sequence cuts to Koch on another street corner in 1977, campaigning for mayor, happily pronouncing his signature phrase, “How’m I doin’?” As Calvin O. Butts III, the influential pastor of the city’s Abyssinian Baptist Church, sums it up, “Here’s a guy who really represented the rough-and-tumble of New York and he was just haunted and damned by one helluva personality.”

In the late ’70s, New York was on the precipice of bankruptcy, dependent on the state and federal governments for its survival. Says journalist Michael Goodwin, co-author of I, Koch, “Businesses were leaving, families were leaving. Anybody who could leave would.” But Koch was a master of street politics who transformed himself from a little-known liberal congressman to a law-and-order candidate who cut deals with key constituencies to defeat the incumbent, Abe Beame, as well as New York Secretary of State Mario Cuomo and such Gotham luminaries as Bella Abzug, Herman Badillo and Percy Sutton. Koch’s constant companion during the 1977 mayoral campaign was former Miss America Bess Myerson, who helped mute whispers that he was gay.

The film traces a general rise in Koch’s popularity during three terms in office; he was dubbed “America’s Mayor” in a cover story in Time magazine. But it also shows that there was always friction. Koch gets credit for restoring New York’s fiscal health and securing billions of dollars to improve its housing (which he claimed helped reduce crime). He expanded police powers and rallied New Yorkers on the city’s bridges during the infamous 1980 transit union strike. “It was like a dybbuk took over,” he says of watching thousands of people walking over the Brooklyn Bridge. “I started to yell, ‘Keep walking! Keep walking! We’re not going to let these bastards bring us to our knees.’” Says New York Times reporter Mike Powell, “Unions were enormously powerful in New York. They have broken more than one mayor. The assumption was because you bring the city to a halt, that mayors capitulate. Koch said no.”

In perhaps Koch’s most bitterly resented action, he closed down Harlem’s Sydenham Hospital, a decision he later regretted, even as he insisted that three previous mayors had wanted to do the same “but didn’t have the guts.” Corruption scandals erupted in his third term — Queens Borough President Donald Manes committed suicide rather than go to jail, and stiff sentences were handed out to other powerful politicians by a young district attorney named Rudy Giuliani — and scuttled Koch’s attempt at an unprecedented fourth term, though his personal popularity remained high.

Koch addresses the public’s long-time fascination with the ex-mayor’s personal life. Though he can laugh in 2010 about squiring Bess Myerson around during the 1977 campaign to counter rumors that he was gay, he steadfastly refuses to clear up the question of his sexuality and dismisses it as something of no importance. “It’s none of your f…ing business!” he says with characteristic chutzpah.

Koch becomes a portrait of a lion in winter as the one-time celebrity strains to remain in the spotlight. The 86-year-old glad-hands at campaign stops, hobnobs with political well-wishers, appears on television and radio and speaks in front of small groups. Then, on election night 2010, the man he endorsed, governor-elect Andrew Cuomo, son of his bête noir, Mario Cuomo, snubs him. Koch’s spirits brighten at his Gracie Mansion birthday party, when Mayor Michael Bloomberg announces that the 59th Street Bridge will be renamed in his honor (a move not without controversy, denounced by Councilman Charles Barron and others in the black community).

While Koch cannot overcome the inevitability of old age, he will “fight the fight” to the end. Asked, at 86, what he still wants out of life, he answers plainly: “More. Better.”

And he’s made preparations for his death that epitomize his Jewish pride and contrarian ways. “He calls me one day and says, ‘I’ve decided I’m gonna be buried at Trinity Cemetery,’” recalls his former chief of staff and good friend Diane Mulcahy Coffey. “I said, ‘Trinity, as in WASP? Are you nuts?’”

But for Koch, it was about visibility. He rejected the Jewish cemeteries in Manhattan when he realized they were small and rarely visited. “I want to be in a bustling cemetery.” In one of the film’s most touching moments, Koch and Coffey, arm in arm, visit his plot. The bottom of his headstone reads, “He was fiercely proud of his Jewish faith. He fiercely defended the City of New York, and he fiercely loved its people. Above all, he loved his country, the United States of America, in whose armed forces he served in World War II.” Also on the headstone are Wall Street Journal reporter Daniel Pearl’s last words before he was beheaded by Pakistani terrorists: “My father is Jewish, my mother is Jewish, I am Jewish.”

“Making a documentary about Ed Koch was an easy call,” says first-time director Neil Barsky. “To this day, I cannot think of a New Yorker as popular or as polarizing. Ed Koch’s story is in many ways the story of the city. New York in those days was dangerous, dirty and utterly dysfunctional; it was also magical.

“For most of Koch’s mayoralty, I was either a student or a young reporter, and I would have given a kidney to cover City Hall for one of the city’s major newspapers. It was not to be, and on some level this film is my way of making up for the lost opportunity. From the day Diane Coffey arranged our first meeting, Ed Koch gave me free rein.

“From World War II and until only recently, it was almost an article of faith that the United States’ big northern cities only deteriorated; they could never get better. Somehow, New York City defied that trend, and it did so, I think, because it kept itself open — to immigrants, to business, to artists and poets. In my view, the very imperfect Ed Koch intuitively understood what made New York special, and I believe he is as responsible for the New York City of today as anyone alive.” 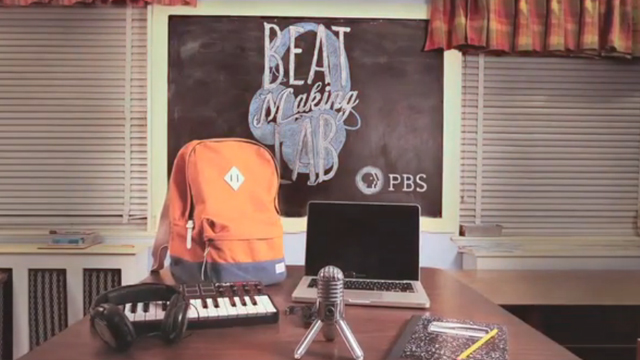 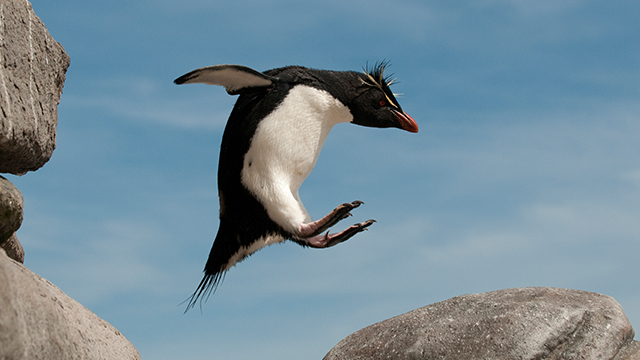