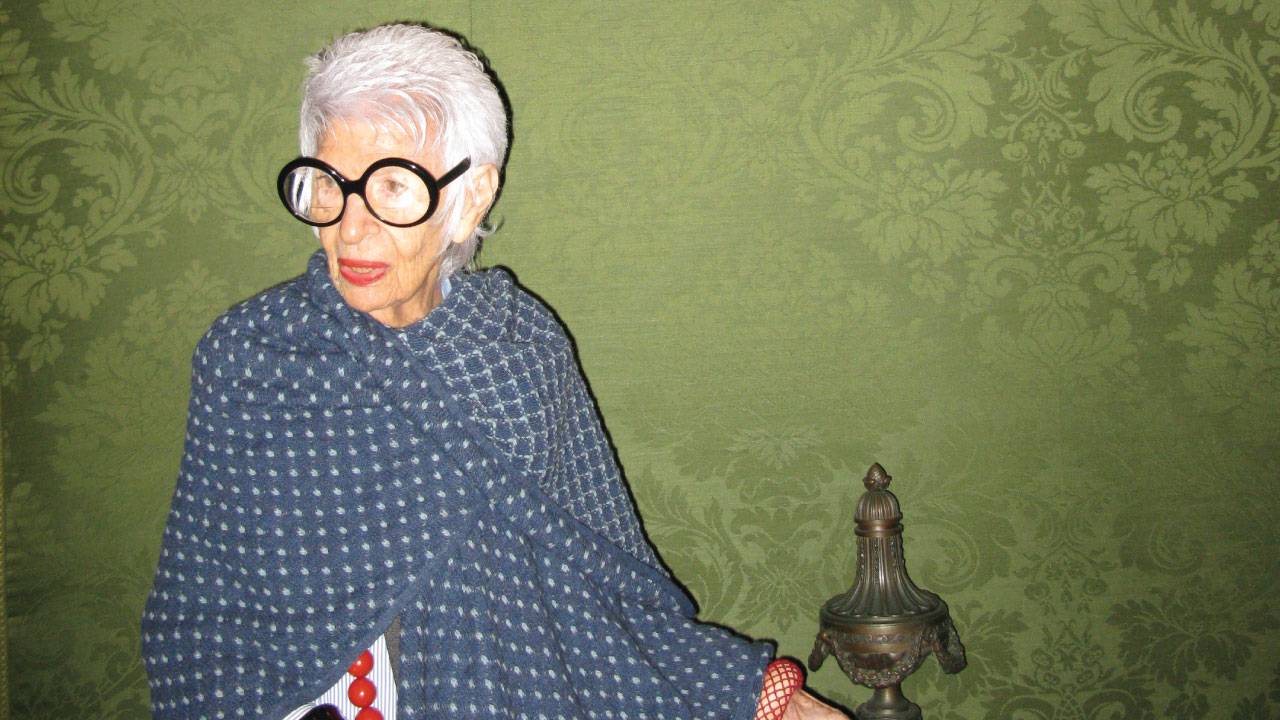 Iris Apfel, 94, is more than a fashion and design icon. She’s the embodiment of ageless grace, enthusiasm and candor—with a sense of humor to match.

All of those facets of her personality are at center stage in Iris, the penultimate documentary by legendary filmmaker Albert Maysles.

The film is the result of collaboration among cultural royalty. Iris, a born and bred New Yorker, is one of the world’s best-known fashion and design innovators and educators, while The New York Times called Albert “the dean of documentary filmmakers.”

Filmmaker and subject were also united by advancing age. Iris, born in Queens in 1921, worked for Women’s Wear Daily before opening her own interior design business. She became an international sensation after a 2005 Metropolitan Museum of Art exhibit of her work took the fashion and design world by storm. She would later quip that the show had made her a “geriatric starlet.”

Albert was born in 1926 and made his first documentary, Psychiatry in Russia, in 1955. He went on to captivate the world with Salesman, Gimme Shelter and Grey Gardens, part of a body of work composed of more than 40 films. He died on March 5, 2015, at age 88.

While Iris is a petite woman (with signature oversized round glasses), her personality and energy are large in scale. She describes her approach to fashion in musical terms: “I like to improvise. It’s like playing jazz.” Among those improvisations: combining a Chinese shaman’s coat with “skinny” pants for cocktail wear, or matching haute couture tops with pants fashioned from church vestments and tribal jewelry.

And she is the undisputed queen of the accessory.

Her fascination with accessories, she explains, is the result of growing up during the Great Depression, when her mother taught her that all she needed was a simple black dress. Accessories could “dress it up or dress it down.” Albert follows her on a shopping trip to Harlem, where she displays another talent: haggling. She includes a cultural lesson: In some countries merchants are insulted if you don’t try for a better price. “You ruin their day if you pay what they initially ask. They think they should have asked more.”

Iris has a knack for happy, long-lasting matrimony. In 1948 she married Carl Apfel, an advertising executive, and together they founded Old World Weavers, which manufactured fabrics. From 1948 until 1992, the couple helped restore the fabrics of major museums, including the Metropolitan Museum of Art and the Flagler Museum in Palm Beach, as well as those in the White House collection. (“Oh, we had a problem with Jackie,” Carl says impishly, referring to the Kennedys, before being poked by his wife. “Stop!” she tells the camera. “We’re not supposed to talk about the White House too much.”) Carl, who passed away in 2015 just before turning 101, is also a central figure in the film, which captures the duo travelling between their homes in Manhattan and Palm Beach.

Iris shows off photos from her “small” wedding—125 guests—and brags that she still has the shoes she wore that day, which, she adds, have come back into style. The couple never had children because she wanted a career and travel. “I didn’t want my child raised by a nanny,” she explains. “You can’t do everything. Something has to give.”

The film leaves no doubt that theirs was a profound romance. They continuously hold hands, laugh together when Carl is talked into donning wild and colorful clothes and hats and enthusiastically celebrate his 100th birthday. “It’s very good,” Carl says. “It’s not a dull marriage. I have a very talented wife! I think I’ll keep her.”

Iris includes interviews with leading fashion industry figures, including Margaret Russell, then editor-in-chief of Architectural Digest, who says Iris stands at the “intersection of fashion, interior design and art.” Other admirers include Harold Koda, former head of the Costume Institute of the Metropolitan Museum of Art, Jenna Lyons of J. Crew, designers Dries Van Noten and Alexis Bittar and photographer Bruce Weber.

Some unexpected celebrities show up as well, including Kanye West. He greets Iris backstage at the CFDA Fashion Awards at Lincoln Center in New York, where she admits to being “a big fan.” Kanye compliments her youthful look—“in yellow, you look so good tonight”—and Iris doesn’t miss a beat. “My goodness! Coming from such a handsome young fellow? Wow!”

The film also highlights her work as a visiting professor at the School of Human Ecology (Division of Textiles and Apparel) at the University of Texas at Austin. A select group of students in her class are treated to a weeklong tour of the New York fashion industry. They get not only a close look at every aspect of the business, but a good dose of Iris’ wisdom.

“It’s better to be happy than well dressed,” she insists.

And while glamour is good, “I never feel pretty,” Iris says. “I’m not a pretty person. All the girls who got by on their looks, when they faded they were nothing. I don’t happen to like pretty. Most of the world is not with me, but I don’t care!” And has she ever considered plastic surgery? “I think unless God gave you a nose like Pinocchio or you were in a fire or some terrible thing, why mess? Some very important people I know . . . come out looking like [a] Picasso.”

She also denounces conformity within the industry. “Individuality is so lost these days,” she says. “Downtown there’s no style. It’s all black. It’s a uniform. I like big and bold and lots of pizazz. Color can raise the dead.”

Iris’ energy is almost dizzying. “I like being active. I like being in the world and of the world.” She also loves being Iris. During a back-and-forth with the audience at her Metropolitan Museum of Art exhibit, she reveals that her nephew, Billy Apfel, overheard a patron wondering whether Iris Apfel was deceased. “So I told him the next time you hear that, tap the lady on the shoulder and say, ‘My auntie is very much alive. She’s just walking around to save funeral expenses.’”

Yet she acknowledges that the years are taking their toll. “Everything I have two of, one hurts. But unless it’s something really serious, you have to push yourself. Forget about yourself.” When she needs a boost she goes shopping, which makes her feel “nineteen and a half.”

Iris, which was an Official Selection at the 2014 New York Film Festival, includes an observation that is the perfect marriage of the style maven’s individuality, confidence and style: “I didn’t give a damn about going to the party or being at the party. It was getting dressed for the party.” 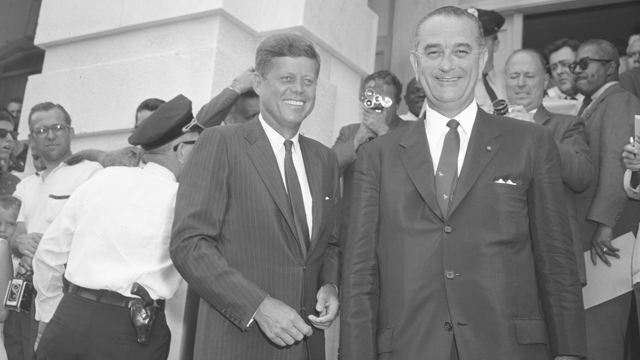 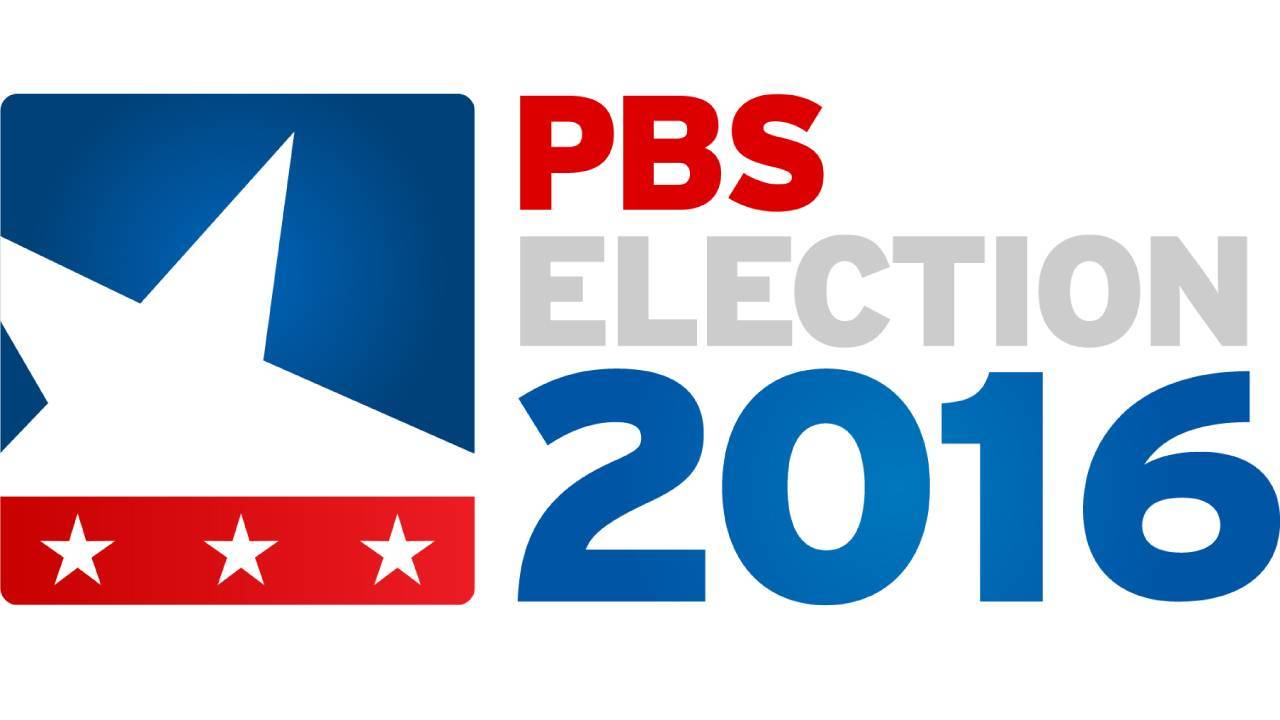