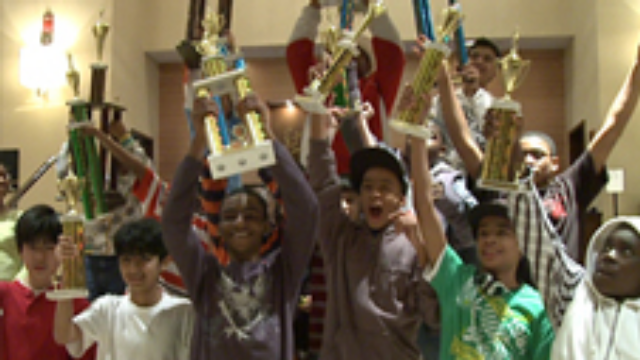 Wednesday, May 21, 2014 at 6:30pm
John A. Howe Branch of the Albany Public Library
105 Schuyler Street, Albany, NY
Brought to you in partnership with the African American Cultural Center of the Capital Region, Inc., and
the  South End Neighborhood Association

Brooklyn’s I.S. 318 junior high school fits one inner-city stereotype—a majority of its students come from below-the-poverty-line families. All other expectations, as shown in the new documentary “Brooklyn Castle,” should be checked at the door. Beginning in 2000, under the tutelage of chess teacher and coach Elizabeth Spiegel and assistant principal and chess coordinator John Galvin, I.S. 318 expanded its small chess program and began competing in national tournaments. For those keeping score, the results have been stunning: more than 30 national chess titles, including, in 2012, the U.S. High School National Championship, a first for a junior high.

“Brooklyn Castle” goes behind the scenes to reveal the inspirational effect of the chess team’s success on the entire student body. In achieving the improbable, the “chess nuts” of I.S. 318 are expanding the possibilities for themselves and for disadvantaged students like them. As they are quick to point out, if the late Albert Einstein, an avid chess player, were on this team, he would rank fourth.

“Brooklyn Castle” is dramatic illustration that extracurricular activities, as I.S. 318 principal Fred Rubino likes to points out, are not really “extra” at all because they teach “the whole child.” Chess became an unlikely source of school pride and a catalyst for elevating the school’s academic achievement. In following the daily lives and competitive chess fortunes of five of the team’s members as they tour the country competing for team and individual points, the film captures the students’ sheer thrill of achievement. After all, if they can master the world’s most difficult game, what can’t they do? “Brooklyn Castle” is also a dramatic account of five young lives in-the-making, in which triumph at the chessboard comes with hard work and personal tribulation.

At 11, Justus Williams is a prodigy, already one of America’s highest-ranked young chess players. Yet he is plagued by a tendency to freeze, stymied by the expectations created by his success. In the opinion of many, 13-year-old Rochelle Ballantyne, who broke the gender line of what had been an all-boys chess club, has the potential to become the first African-American female master in the history of chess. But she excels in many fields, and she struggles to commit fully to chess. Twelve-year-old Pobo Efekoro is the big, boisterous, warm-hearted leader of the team. When the school’s budget for afterschool programs is cut, he runs for school president with the goal of mobilizing a student protest to get the cuts restored. He spends so much energy on these activities and looking after the emotional needs of teammates that his own playing begins to suffer.

Twelve-year-old Alexis Paredes’ approach to chess is like his play—meditative and thoughtful. The second-ranked player at I.S. 318 (first-ranked is Rochelle), he sees chess as a way to an education and a lucrative career that will allow him to support his immigrant family. Though he appears calm, the shy youngster suffers from the strain of competition and the need to succeed. Eleven-year-old Patrick Johnston is a sensitive and low-rated beginner whose goals are modest compared to those of his teammates, yet they loom large for him. Afflicted with attention deficit hyperactivity disorder (ADHD), Patrick has taken to chess to develop concentration and patience. During the year of filming, his immediate objective is to raise his ranking to a middle level. His struggle, in which he displays heartbreaking, nail-biting determination and is cheered on by the indefatigable Pobo, becomes as epic as that of any of the other players.

Because Patrick’s fight to raise his ranking to middle level involves a sense of personal achievement, it gets at the heart of what chess has done for I.S. 318. For these kids, chess is more than a game and winning is more than a matter of trophies. “Brooklyn Castle” is a clear-eyed look at a school program that has made a huge difference to students. It is equally a celebration of youth’s determination to dream, if given the chance.

“I had always been interested in making a film about Brooklyn, but I wanted to tell a story that people didn’t expect,” says director Dellamaggiore. “We’re hoping, too, that the story in this film will make some lawmakers think twice before cutting funds for extracurricular activities from education budgets.” 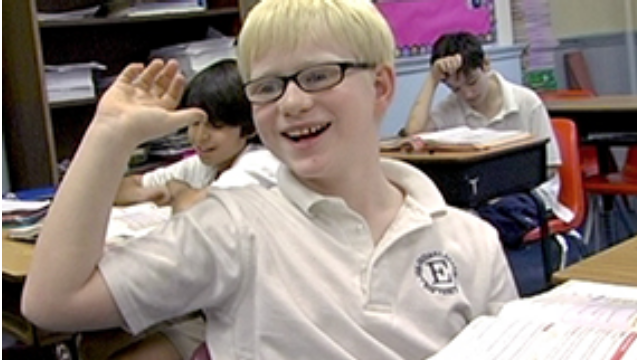 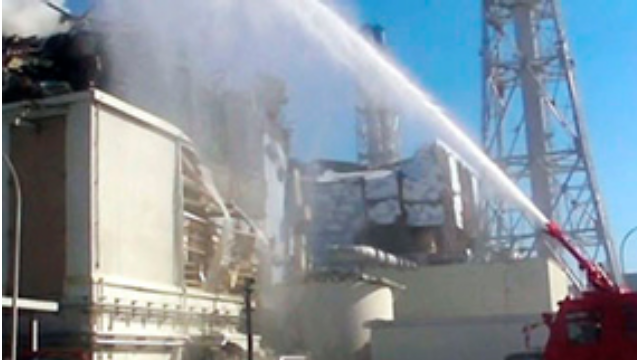