POV | All the Difference 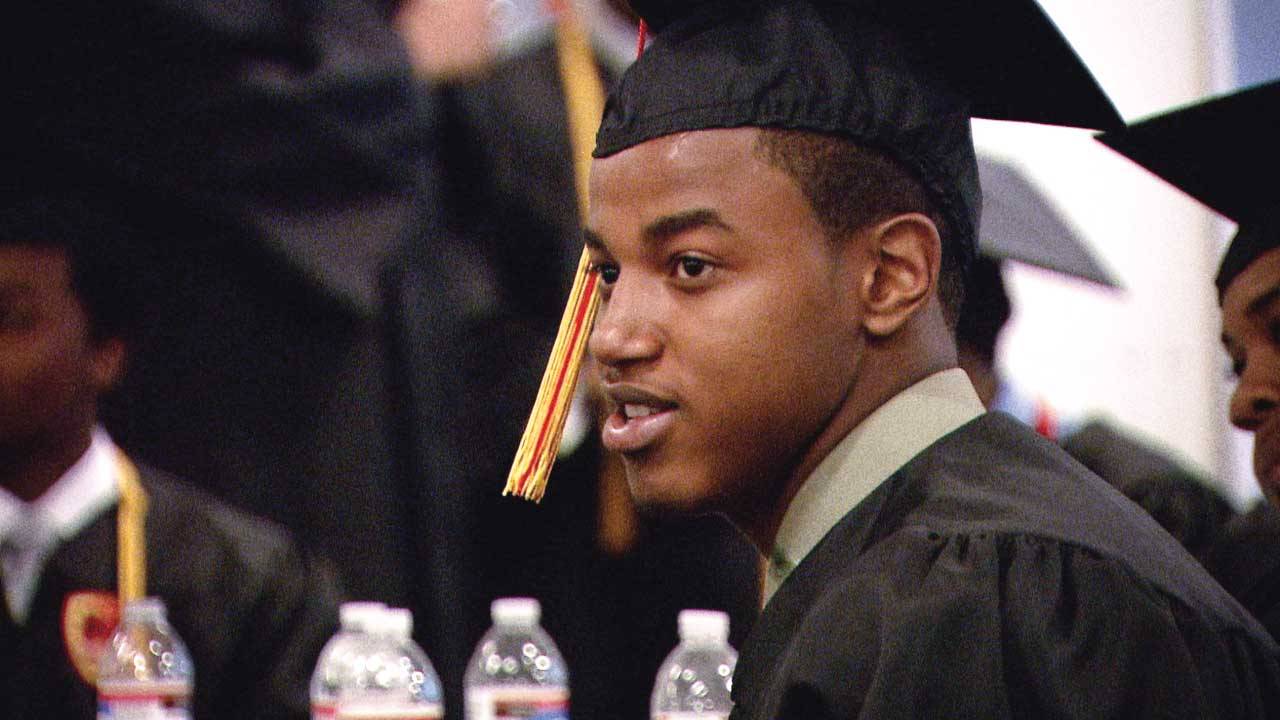 The story opens on a street corner in Chicago’s Englewood neighborhood. “We’ve got shots fired over here,” a first responder says over the police radio. Young men are cut down in the prime of their lives. Patricia Hurel, Krishaun’s former elementary school teacher, has heard kids in Englewood say, “If I make it until 18, I’m going to have myself a party.” But reaching 18 is only the beginning for Robert and Krishaun; they have plans to graduate from high school and go on to college.

They would be the first in their families to do either. And though the odds are against them—the average high school graduation rate for black males in Chicago is 41 percent—their motivations are quintessential expressions of the American dream. “I just want to make a positive contribution to the society I live in,” says Robert, while Krishaun hopes to become a U.S. Marshal and have “a gorgeous wife” and children.

As All the Difference shows, both Robert and Krishaun faced huge obstacles growing up. Robert was just 17 months old when his mother was killed by his father. He and his six siblings were taken in and raised by their grandmother. Krishaun, like many of his family members, joined a gang.

But both also had a key asset: the Urban Prep Charter Academy for Young Men, where mentors and teachers encouraged them not only to get through high school but to go beyond. And while family stability has not been constant, what remains plays a crucial role, especially for Robert. Grandmother Ona, who started life as a Mississippi sharecropper and never got past the fifth grade, offers calm but powerful guidance. She is assisted by their church, another bulwark against neighborhood violence.

Though Robert and Krishaun experience personal and academic struggles during their high school years, both graduate and set their sights on college diplomas. This puts them in an elite group. While the estimated national high school graduation rate for African-American men is 59percent, only 16 percent graduate college with a bachelor’s degree or higher. Krishaun chooses historically black Fisk University in Nashville, while Robert decides on predominantly white Lake Forest College, about 30 miles north of Chicago.

They soon encounter typical college challenges—developing stronger study habits, getting used to living away from family and friends and eventually adjusting their goals to fit more closely with their evolving academic strengths—and challenges amplified for young men of color: cultural adjustments and the fear of having to drop out if they can’t pay their student loans. Robert, who sets aside his dream of becoming a doctor and switches to a history major, faces an additional obstacle—being one of the few black students in his classes. His white classmates, he says, “look at me like, ‘Oh what the heck are you doing here?’” But his infectiously upbeat nature, along with encouragement from a college adviser and a girlfriend, help him move forward.

Fisk University, in contrast, is “like a family” for Krishaun. It also provides numerous social distractions that don’t help his studies. From playing basketball to feeling the sting of rejection from a fraternity he hoped to join, “anything can get me off track real quick,” he says. Throughout their four-year college experiences, both face continuous pressure to maintain the necessary grade point average to qualify for financial aid. Finding summer jobs is an additional struggle: In Chicago, according to the film, 91 percent of black teenage males are unemployed. Krishaun also suffers a devastating loss when his 17-year-old brother, Devonte, is killed in a drive-by shooting. Krishaun blames his own absence, in part, for the tragedy. “While I was here, I was protecting him. I came back to a little brother that was in the streets. I feel like I let him down when I left because I was all he knew.”

Despite the hurdles, Krishaun and Robert succeed. Their emotional graduation ceremonies illuminate the significance of their achievements. They have not only beaten the odds, but have positioned themselves for entry into the middle class.

And both have made deliberate choices to take jobs that will allow them to give back to the community. “When I finally see my mother again, I will look at her and smile,” Robert says tearfully. “Look how far I’ve made it. I’ve made you proud.” He departs to work at a Columbia, South Carolina, high school that is part of the national organization City Year, which enlists young adults in a year of service supporting at-risk students. Krishaun makes good on a promise to work at Urban Prep, the school that helped him find a new life. “When I go back to Englewood, I feel like LeBron when he goes back to Cleveland!” he exclaims with pride. “I’m doing it for my community and my ’hood.”

While Robert and Krishaun are focused on the future, they have not forgotten where they came from. They offer advice to other young men who might dream of following in their footsteps. “If you believe in yourself, there’s no telling what you can do,” says Robert. Krishaun, whose new life includes fatherhood, says his newborn son “is starting many steps ahead of where I started. I feel that nothing is impossible now.”

“It only takes one generation to dramatically change the destiny of a family, and when families change, communities change,” said director Tod Lending. “Robert and Krishaun exemplify that change. It’s important to remember that they made it to college not because they were academically exceptional. They made it because their mentors, teachers, academic advisers, family members and pastors believed in them and taught them to believe in themselves.

“Robert and Krishaun had struggles and at times came close to dropping out,” Lending continues, “but the support they had made all the difference, and so they succeeded. If this type of very affordable support is made available to all young men growing up in the chaos and despair of poverty, we will see a whole new generation bring an end to that cycle of poverty. I think our country desperately needs to make this happen.” 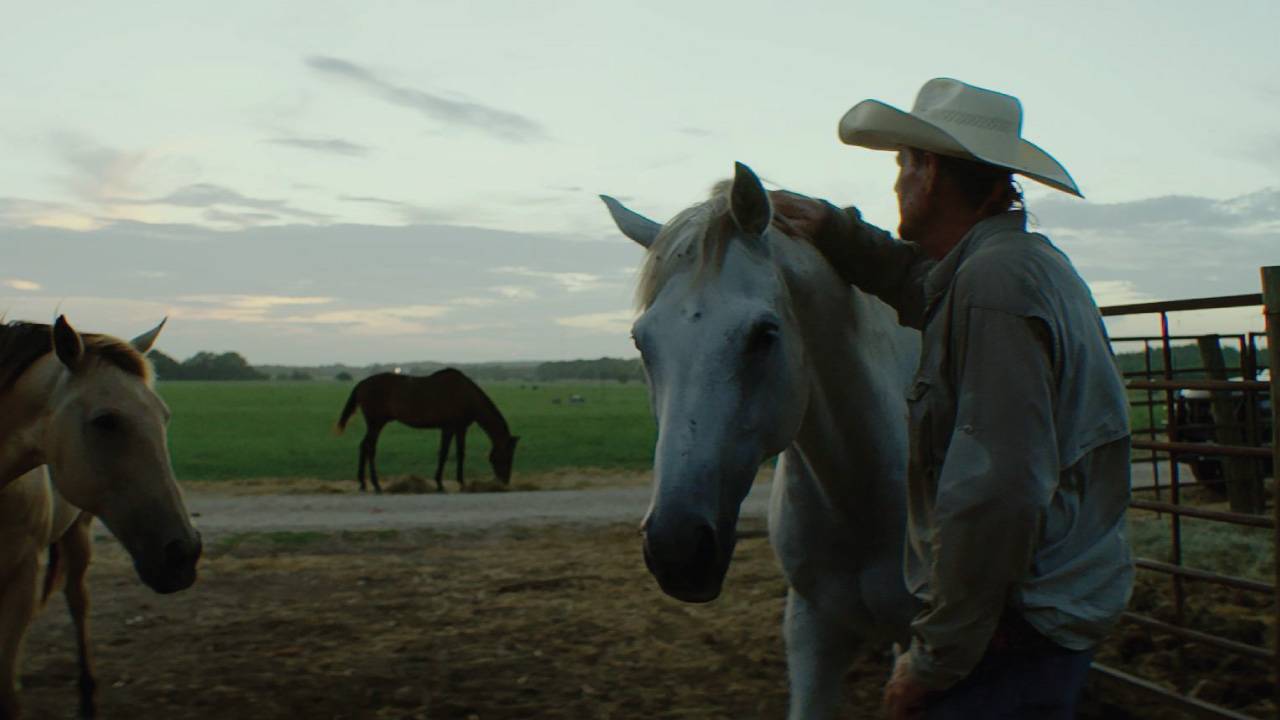