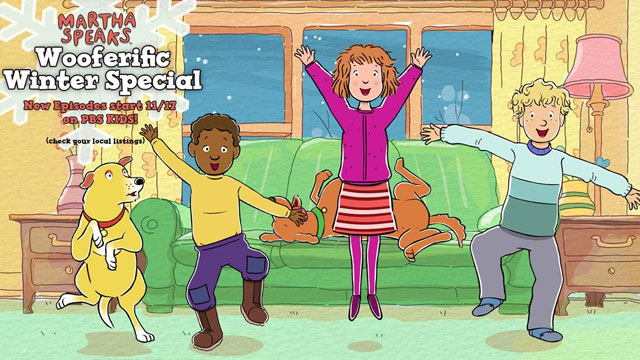 The holiday season is here and MARTHA SPEAKS is celebrating with a week of winter fun beginning November 17 on WMHT TV! Martha’s Woof-er-ific Winter Special begins with two all-new holiday-themed episodes and the fun continues throughout the week with more winter holiday adventures, including the very special “Martha’s Thanksgiving.” Fans will love watching their favorite talking dog weather the storm in these new episodes, as she rescues a family of kittens during a blizzard, solves a puzzling mystery with T.D., and uses the power of imagination to turn an unexpected power blackout into a wonderful adventure.

The learning continues online with the MARTHA SPEAKS website, where parents can access a variety of games, educational resources, lesson plans, and activities to help their children learn new vocabulary in fun and exciting ways! Fans can also continue the fun with Martha and her friends on Facebook and Twitter.

Monday, November 17, 2014 at 6am
NEW! Martha’s Sweater
A dog in a sweater? Not on Martha’s watch. But what can she do when Grandma Lucille presents her with a neatly knitted pullover? Desperate to rid herself from woolly embarrassment, Martha sets out to prove that no sweater can withstand the rugged lifestyle of a dog.

NEW! The Mystery of the Missing Dinosaur
T.D.’s day starts like any other: getting on a bus and riding it to the end of the line. But when he passes by a toy that looks suspiciously like one he used to own, he’s pulled into a mystery that even he couldn’t dream up. Who’s behind this game of a boy and his missing plastic dinosaur?

Tuesday, November 18, 2014 at 6am
NEW! Martha’s Holiday Surprise
A blizzard is headed towards Wagstaff City and Mittens the cat is trapped in an alley. Fears rise when the story unfolds: Mittens has kittens. Abandoning animal prejudices, Martha and Skits trample into the snow-‐‐capped city to rescue the endangered cat and her young.

NEW! We’re Powerless!
A blackout in Wagstaff City renders Helen, T.D. and Truman incapable of playing their favorite videogame, Multi-‐‐Dimensional Intergalactic Kleine Nachtgopher Attack Four. But with a little imagination, a basket of laundry and some salad tongs, these nachtgophers might not be so powerless after all.

Wednesday, November 19, 2014 at 6am
Skits on Ice
Skits is afraid of hockey pucks, but why? Helen tells the story of how puppy Skits chased a puck onto thin ice, and how quick thinking by Martha saved the day.

Martha’s Steamed!
When Helen and Martha discover a dog locked in a hot car on a sweltering summer’s day, they snap into action. While they try to track down the owner, it becomes almost impossible for them to keep their cool.

Thursday, November 20, 2014 at 6am
Martha’s Thanksgiving, Part One
When Martha learns that Helen’s extended family will be coming for Thanksgiving, she decides to search for her own long-‐‐lost canine siblings. Tails begin to wag as the family reunites, but where is Martha’s mother?

Martha’s Thanksgiving, Part Two
Still in search of her mother, Martha digs into her past to uncover the reason they were separated. Can Martha and her friends solve the mystery and find her mom in time for the family reunion?

Friday, November 21, 2014 at 6am
Skits and Mr. Scruffles
Everyone’s too busy to play with Skits. While he’s moping around the neighborhood, he meets Milo, a lonesome newcomer who just moved to Wagstaff City. The two bond, but when they tell their respective families about their new companion, no one believes they’re real?

Brave Truman
Truman is afraid to try out his new sled on the town’s steepest, scariest, lumpiest hill. His friends are convinced that Truman is braver than he seems. Is he? 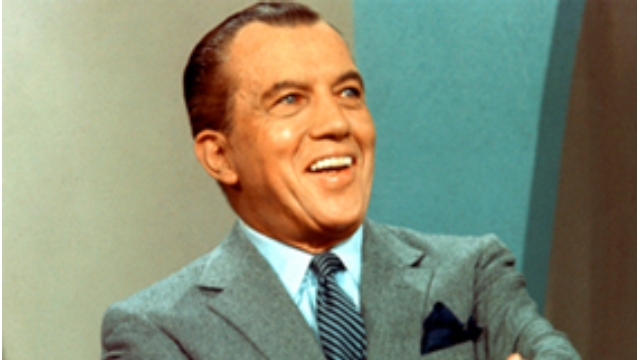 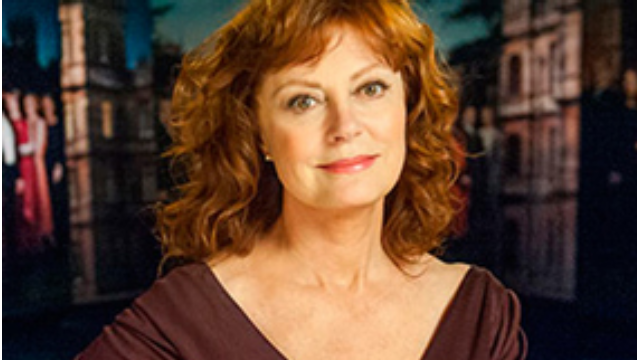