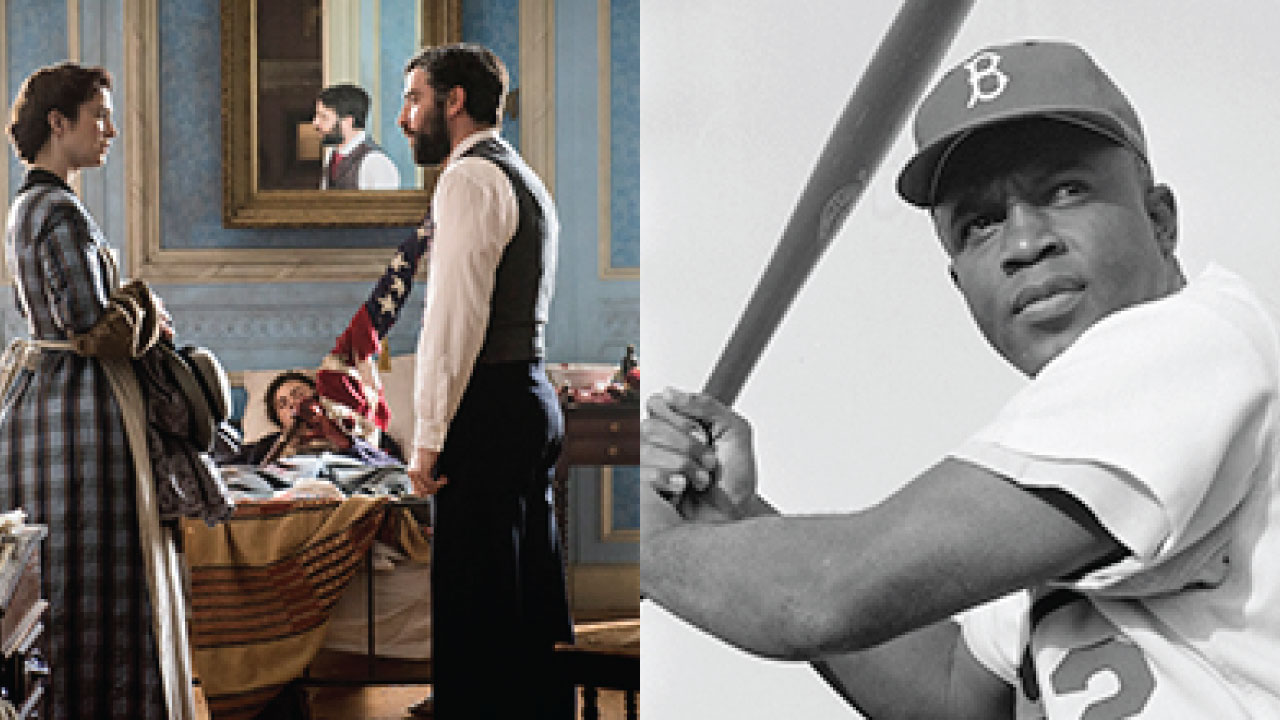 PBS’ winter/spring primetime schedule offers a number of exciting new beginnings, awaited returns and a few goodbyes: most notably to one of television’s most beloved dramas, “Downton Abbey” on MASTERPIECE, whose final season premieres January 3 (see a clip here). PBS welcomes the highly anticipated premiere of its Civil War drama MERCY STREET on January 17 (see a clip here), and the return of the MASTERPIECE hits “Sherlock” (date TBA), and the British mystery series “Grantchester” this spring.

On April 11-12, America’s preeminent documentary filmmaker,  Ken Burns’s, brings viewers the two-part film JACKIE ROBINSON, memorializing the life of the Major League Baseball legend — the first African-American player in the major leagues. Commemorating the centennial of “America’s best idea,” PBS presents an encore of Burns’s acclaimed THE NATIONAL PARKS series beginning April 25. Compelling historical films are highlighted by THE BLACK PANTHERS: VANGUARD OF THE REVOLUTION: INDEPENDENT LENS by award-winning filmmaker Stanley Nelson (see a clip here); and genealogical journeys with the third season of FINDING YOUR ROOTS, hosted by Henry Louis Gates, Jr., who also presents BLACK AMERICA SINCE MLK: AND STILL I RISE, which asks profound questions about the state of black America — and the nation as a whole.

“As ‘Downton Abbey’ on MASTERPIECE premieres its highly anticipated final season, we bid a fond farewell to the fan favorite and also look forward to a powerhouse of drama throughout the entire season — including our new original American drama MERCY STREET, MASTERPIECE mysteries ‘Sherlock’ and ‘Grantchester,’ and the fifth season of ‘CALL THE MIDWIFE,” said Beth Hoppe, PBS Chief Programming Executive and General Manager, General Audience Programming. “Beyond the season’s strong drama lineup, our schedule showcases PBS’ commitment to a diverse programming slate, highlighted by Stanley Nelson’s THE BLACK PANTHERS: VANGUARD OF THE REVOLUTION from INDEPENDENT LENS, Ken Burns’s new epic film JACKIE ROBINSON and Henry Louis Gates, Jr.’s BLACK AMERICA SINCE MLK: AND STILL I RISE, as well as captivating new and returning specials across science and nature, biography, history, genealogy and the arts.”

To honor Black History Month, and as part of its commitment to celebrating the diversity of America year-round, PBS’ lineup enriches viewers’ understanding of African-American history, culture and experience. THE BLACK PANTHERS: VANGUARD OF THE REVOLUTION: INDEPENDENT LENS on February 23 and INDEPENDENT LENS“A Ballerina’s Tale,” a documentary about Misty Copeland, the first African-American female principal dancer with the renowned American Ballet Theatre, on February 8.

PBS continues its commitment to independent film with provocative and moving stories from INDEPENDENT LENS, such as “Autism in Love,” conveying the relationships and challenges of four adults on the autism spectrum; “No Más Bebés (No More Babies),” which examines the case of Mexican-American women who claim they were coercively sterilized at a Los Angeles hospital in the late 1960s and 70s; and “In Football We Trust,” a behind-the-scenes look at the Polynesian pipeline to the NFL.

A chronological listing of winter and spring 2016 PBS programs follows, grouped by month and by premiere dates:

MASTERPIECE “Downton Abbey, The Final Season” – The top PBS drama of all time approaches its climactic chapter. The year is 1925. Momentous changes threaten the great house, and its owners and its servants, while past scandals loom. The beloved ensemble is back for the farewell season, closing the book on a television legend. – Sundays, January 3 – February 21, 9:00 p.m. ET; series finale March 6, 9:00 p.m. ET

INDEPENDENT LENS “Chuck Norris vs. Communism” – The power of cinema ignited a revolution in 1980s Romania, as an intrepid VHS bootlegger and a brave translator brought Western movies to audiences behind the Iron Curtain. – Monday, January 4, 10:00-11:00 p.m. ET

FRONTLINE “Obama, Netanyahu and the Bomb” (w.t.) – In a two-hour investigation, FRONTLINE traces the increasingly contentious relationship between America and Israel and their bitter clash over Iran’s nuclear program. − Tuesday, January 5, 9:00-11:00 p.m. ET

INDEPENDENT LENS “Autism in Love” – Follow four adults on the autism spectrum as they open up about their personal lives and navigate dating and romantic relationships. Eye-opening, first-person portrayals show that love can find a way. – Monday, January 11, 10:00 p.m.-11:30 p.m. ET

“The Mine Wars” on AMERICAN EXPERIENCE – Go inside the coal miners’ bitter battle for dignity at the dawn of the 20th century. The struggle over the material that fueled America led to the largest armed insurrection since the Civil War and turned parts of West Virginia into a bloody war zone. – Tuesday, January 12, 9:00-11:00 p.m. ET

Every day, animals must outwit predators, find or catch food, and then raise the next generation. Would they lie, cheat or steal from one another to survive? Of course they would.

Animals the world over have adapted their bodies or behavior in extreme ways to create a tantalizing trap.  It’s all the result of millions of years of artful adaptation – all in the name of luring in the next meal.

From artful illusions to blatant cheats, some males will do whatever it takes to trick the competition and beguile the girl. Size, style, and skill are all used to best advantage – or faked, if necessary.

“Bonnie & Clyde” on AMERICAN EXPERIENCE – Discover the true story of the most   famous outlaw couple in U.S. history. Though their exploits were romanticized, the Barrow gang was believed responsible for at least 13 murders, including two policemen, as well as numerous robberies and kidnappings. – Tuesday, January 19, 9:00-10:00 p.m. ET

INDEPENDENT LENS “No Más Bebés (No More Babies)” – Follow the case of Mexican-American women who claim they were coercively sterilized at a Los Angeles hospital in the late 1960s and 1970s. Meet the mothers, their young Chicana lawyers and the whistle-blowing doctors who exposed the shocking practice. – Monday, January 25, 10:00-11:00 pm ET

INDEPENDENT LENS “In Football We Trust” – Learn the story behind the Polynesian pipeline to the NFL through the lives of high-school players in Utah, as they enter the high-stakes world of college recruiting and the promise of pro sports while struggling with gang violence and poverty. – Monday, February 1, 10:00 p.m.-11:30 p.m. ET

“Murder of a President” on AMERICAN EXPERIENCE – Explore James Garfield’s unprecedented rise to power, his shooting by a madman and its bizarre and tragic aftermath. Based on the best-seller Destiny of the Republic, the story follows the life of one of the most extraordinary men ever elected president. – Tuesday, February 2, 9:00-11:00 p.m. ET

NOVA “Iceman Reborn” (w.t.) – Murdered more than 5,000 years ago, Otzi the Iceman is the oldest human mummy on Earth. Now, newly discovered evidence sheds light not only on this mysterious ancient man, but on the dawn of civilization in Europe. – Wednesday, February 3, 9:00-10:00 p.m. ET

INDEPENDENT LENS “A Ballerina’s Tale” – Explore the rise of Misty Copeland, who made history as the first African-American female principal dancer with the prestigious American Ballet Theater. Get an intimate look at this groundbreaking dancer during a crucial period in her life. – Monday, February 8, 10:00 p.m.-11:30 p.m. ET

NOVA “Robots are Coming” (w.t.) – Machines with human-like capabilities have long been the stuff of science fiction. Until now. Meet the world’s most advance humanoid robots as they leave the lab, battle real-world challenges and endeavor to become part of our everyday lives.  – Wednesday, February 10, 9:00-10:00 p.m. ET

INDEPENDENT LENS “(T)ERROR” − Watch a covert terrorism sting unfold as a longtime counterterrorism informant takes on what he swears is his last job for the FBI and invites filmmakers to follow efforts to befriend a suspected jihadist, without informing his superiors. – Monday, February 15, 10:00 p.m.-11:00 p.m. ET

NOVA “Memory” (w.t.) – Discover how researchers on the cutting edge of mind-control can implant, change and even erase memories. On this thought-provoking journey into the mind, NOVA investigates the mysterious nature of how we remember. – Wednesday, February 17, 9:00-10:00 p.m. ET

THE BLACK PANTHERS: VANGUARD OF THE REVOLUTION: INDEPENDENT LENS – Revisit the turbulent 1960s, when a revolutionary culture emerged with the Black Panther Party at its vanguard.  Stanley Nelson tells the vibrant story of a pivotal movement that feels timely all over again. –Tuesday, February 23, 9:00-11:00 p.m. ET

INDEPENDENT LENS “Wilhelmina’s War” – A Southern grandmother struggles to help her family through a life marked by HIV, but may be unable to save those she loves. AIDS is a grim reality and a leading cause of death for black women in the rural south. – Monday, February 29, 10:00 p.m.-11:00 p.m. ET

FRONTLINE “Once Upon a Crime” (w.t.) – The two-hour extraordinary story of two New York City detectives who are convicted of the sensational murder of a businessman — and their decades-long fight to clear their names.  – Tuesday, March 29, 9:00-11:00 p.m. ET

CALL THE MIDWIFE, Season 5 – It’s 1961 and Poplar is beginning to feel the winds of social change, along with improvements in housing, sanitation and healthcare. In new episodes, the midwives and nuns of Nonnatus House encounter complex and challenging cases, from an outbreak of typhoid to the increase in lung cancer, a pregnant teenager and a mother who vanishes. All are shaken when, several months apart, two babies are born with severe deformities. As they struggle to understand why, they must find ways to deal with the resulting medical and emotional fallout. – Sundays, April 3-May 22, 8:00-9:00 p.m. ET

JACKIE ROBINSON – Ken Burns examines the life and times of Jack Roosevelt Robinson, who in 1947 lifted a nation and an entire race on his shoulders when he crossed baseball’s color line. Burns reveals fascinating stories about the legend’s life after baseball. – Monday-Tuesday, April 11-12, 9:00-11:00 p.m. ET

BLACK AMERICA SINCE MLK: AND STILL I RISE – Henry Louis Gates, Jr. explores the last 50 years of African-American history, from the victories of the Civil Rights Movement to the first black president, asking profound questions about the state of black America — and the nation as a whole. – Monday-Tuesday, April 18-19, 9:00-11:00 p.m. ET

THE NATIONAL PARKS: AMERICA’S BEST IDEA (Encore) – The six-part documentary directed by Ken Burns and co-produced with his longtime colleague Dayton Duncan is the story of an idea as uniquely American as the Declaration of Independence and just as radical: that the most special places in the nation should be preserved, not for royalty or the rich, but for everyone. The series originally aired in September 2013. – Monday-Saturday, April 25-30, 9:00-11:00 p.m. ET

INDEPENDENT LENS “The Armor of Light” – Two Christians — an Evangelical anti-abortion activist and an African-American mother whose son was murdered — find common ground in the fight against a rising tide of gun violence. – Tuesday, May 10, 9:00-10:30 p.m. ET

THE NINE MONTHS THAT MADE YOU (w.t.) – This is the thrilling story of how we were all made, from the moment of conception to the moment of birth 280 days later. The film takes viewers through the gestation process, perhaps the most exquisite biological choreography in all nature. – Wednesdays, May 18-June 1, 9:00-10:00 p.m. ET

AMERICAN MASTERS “The Highwaymen: Friends Till the End” (w.t.) – Discover the story behind the pioneering outlaw country music super group that featured Willie Nelson, Waylon Jennings, Johnny Cash and Kris Kristofferson, told through vintage performances and new interviews about life on the road and in the studio. – Friday, May 27, 9:00 p.m. ET

NATIONAL MEMORIAL DAY CONCERT – Co-hosts Gary Sinise and Joe Mantegna lead the 27th broadcast of this night of remembrance honoring the service and sacrifice of American soldiers, their families, and all those who have given their lives. The NATIONAL MEMORIAL DAY CONCERT airs live from the U.S. Capitol to an audience of hundreds of thousands, millions at home, and American troops around the world. – Sunday, May 29, 2016, 8:00-9:30 pm ET; 9:30-11:00 p.m. ET

PBS LearningMedia, a digital library of more than 100,000 resources for educators and students, will offer classrooms a host of educational resources, including video clips and interactives that inspire learning, from MERCY STREET, THE BLACK PANTHERS: VANGUARD OF THE REVOLUTION: INDEPENDENT LENS,FINDING YOUR ROOTS, JACKIE ROBINSON, BLACK AMERICA SINCE MLK: AND STILL I RISE, THE NINE MONTHS THAT MADE YOU (w.t.), GENEALOGY ROADSHOW, NATURE and NOVA. The team will further support MERCY STREET by creating a series of webisodes and teacher support materials such as activities, discussion questions and teaching tips. Each webisode will focus on a topic related to the Civil War and tie it to contemporary issues, including government surveillance, innovations in medical technology and the roles of women during wartime. 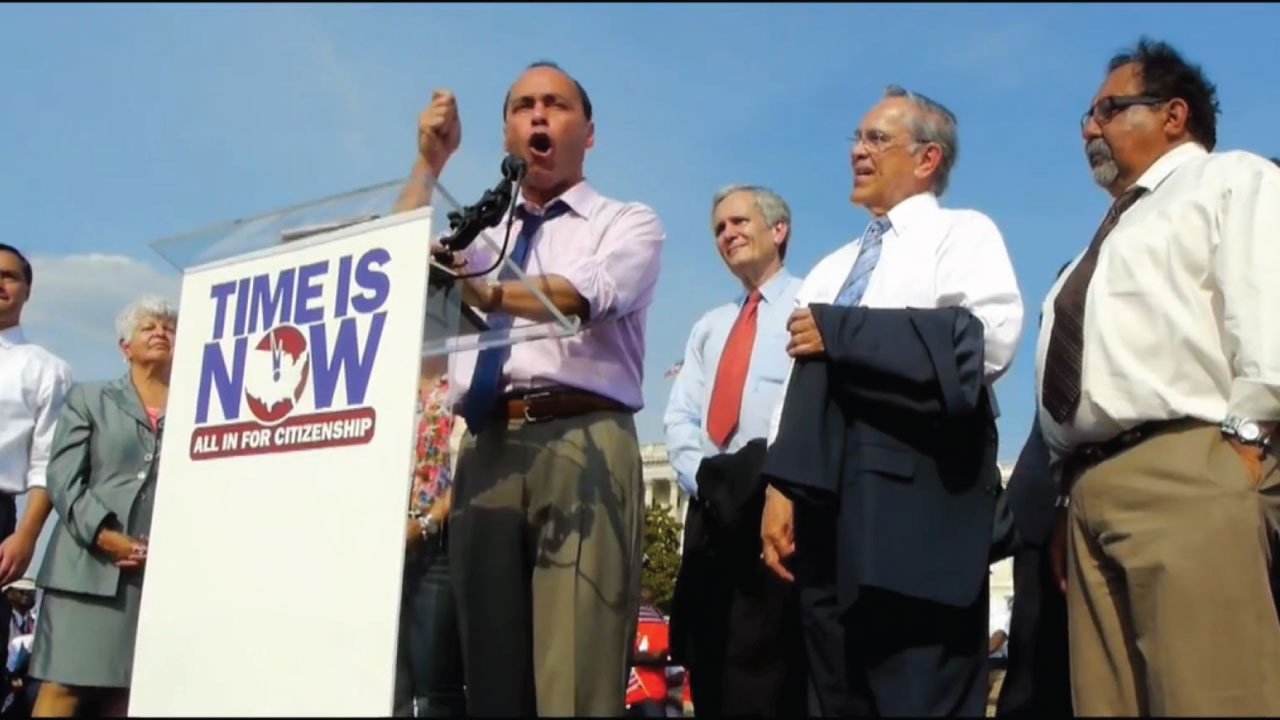 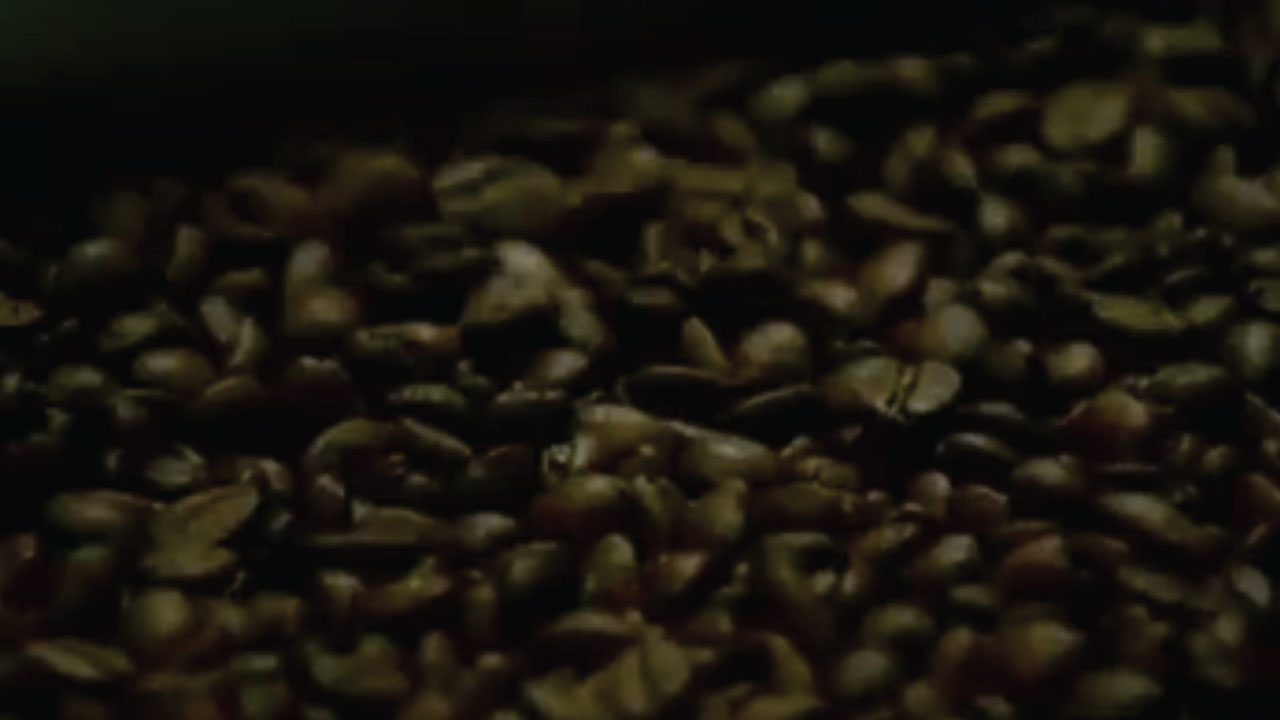