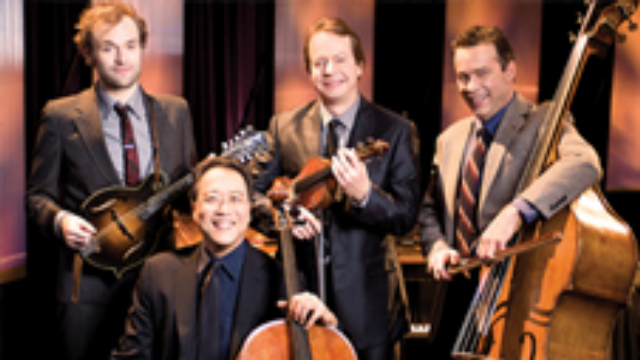 – Four String Virtuosos, Each a Prominent Figure in His Own Musical Sphere, Join Forces in a Cross-Genre Project –

Four string virtuosos — renowned cellist Yo-Yo Ma, bluegrass fiddler Stuart Duncan, bassist Edgar Meyer and mandolin wizard Chris Thile, each a prominent figure in his own musical sphere — have come together as an ensemble to create what critics are now hailing “a most remarkable and organic cross-genre project in which the fire and drive of the bluegrass world meets the clarity and class of the classical music world.”

As viewers will quickly note, the program is an out-of-the-box experience that presents an evening of music both vibrant and varied — composed and improvised, uptown and down home, funky and pastoral — and above all, uniquely American. It is music that represents the birth of something new. Four virtuosos ignore genre restraints and take viewers along on an inspiring journey that’s full of exhilarating music that ranging from meditative to mind-spinning.

The term “goat rodeo,” often applied to a chaotic situation, is a reference to the challenges of melding classical and bluegrass music. GOAT RODEO LIVE includes interviews with the four musicians, providing background and context for their work. Viewers are privy to some of the dynamics that have emerged out of four exceptional musicians’ collaboration on a project that all are deeply passionate about.

GOAT RODEO LIVE is hosted by Yo-Yo Ma. Regarded by many as the most famous classical musician of the modern age, Ma was a child prodigy who began performing at age five, enrolled in Julliard at nine and later went on to perform with most of the world’s major orchestras while winning dozens of Grammys.

Cellist Ma is known around the world for his outstanding talent. Born to Chinese parents, the former child prodigy has won numerous Grammy Awards, recorded more than 75 albums and participated in the making of several highly acclaimed films. He has also performed for eight American presidents. Ma’s frequent collaborations with musicians and artists from other genres, cultures and media have reinvigorated the world of classical music, turning it on its head. A Kennedy Center Honoree and member of the Silk Road Ensemble, Ma remains one of the best-selling recording artists in the classical field.

Bassist Meyerhas formed a role in the music world unlike any other — hailed by the New Yorker as “the most remarkable virtuoso in the relatively unchronicled history of his instrument.” Meyer’s unparalleled technique and musicianship in combination with his gift for composition have brought him to the fore where vast and varied audiences appreciate him. His uniqueness in the field was recognized by a MacArthur Award in 2002, and he was the only bassist ever to receive the Avery Fisher prize.

Duncanis a Grammy award-winning bluegrass fiddler and sideman from California who has played his way to bluegrass fame. He joined the Nashville Bluegrass Band in 1985 and is a much-in-demand session player who has worked with George Strait, Dolly Parton, Reba McEntire and Barbara Streisand, to name a few. He has been named multiple times as the Country Music Fiddler of the Year, and many consider him America’s favorite fiddler.

Thilewas called a child prodigy at age 12, after making his first solo album, and a virtuoso by the time he was 20, when he was already putting out his third solo effort. He is best known as the multiple Grammy award-winning and nominated mandolinist and singer for the progressive acoustic trio Nickel Creek. His current band is Punch Brothers. Thile has also been named the BBC’s folk musician of the year and the International Bluegrass Music Association’s mandolinist of the year. 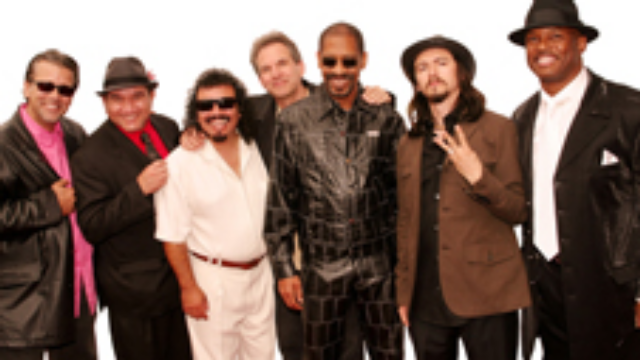 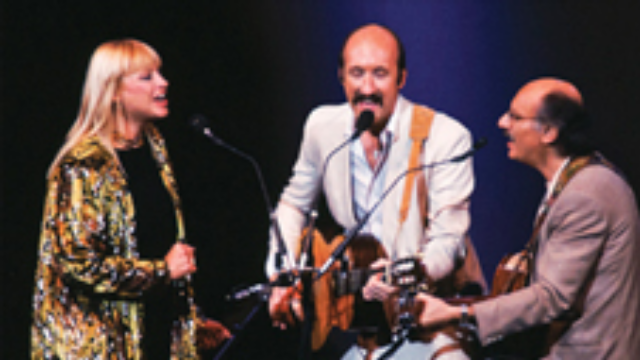