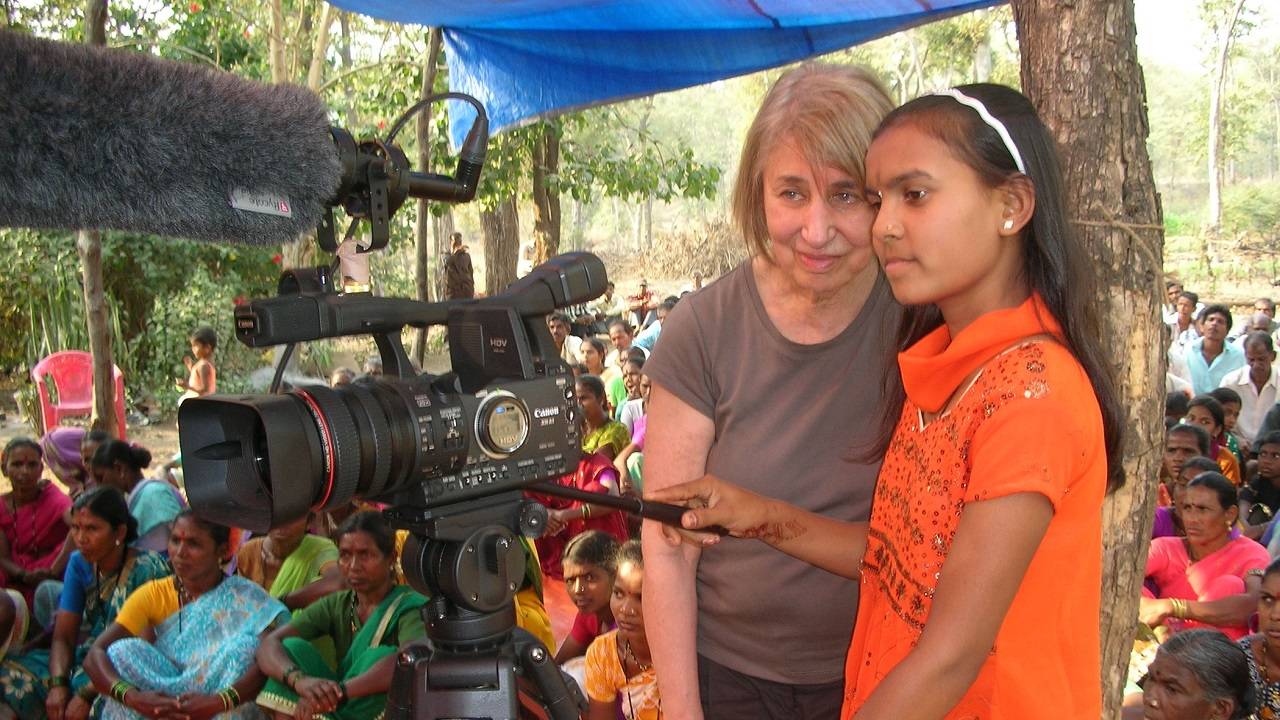 Their World. Their Films. These words best define the new five-part series, FILMS BYKIDS, a partnership between THIRTEEN, the flagship station of PBS, and BYkids, a non-profit organization, to bring the voice of five young filmmakers from different cultures to a wider audience through the power and reach of public media. FILMS BYKIDS pairs master filmmakers, including the late Albert Maysles (Grey Gardens,Salesman, Gimme Shelter), Neal Baer (Under the Dome, Law and OrderSVU, ER) and Joyce Chopra (Smooth Talk), among others, with teenagers from around the world to create short personal documentaries that educate Americans as they encourage international understanding and engagement about globally relevant issues. Emmy-nominated actress Ashley Judd serves as series narrator, introducing each 30-minute film in the five-part series that offers a perspective rarely seen in mainstream media.  The young storytellers featured in FILMS BYKIDS grew up experiencing the effects of exile, illiteracy, disease, war and bigotry. They include: the 17-year-old exiled king of Tibet; a girl from rural India, striving for an education; an orphan in Mozambique, who lost both parents to AIDS; a girl from Colombia displaced by civil war; and a Yemeni immigrant in New York, bullied because of her Islamic identity.

BYkids has been pairing young storytellers with established filmmakers since 2009. “It is the intent of FILMS BYKIDS to connect youth and film to create global change especially in American classrooms,” says BYkids Founder and Executive director, Holly Carter. “The mission of FILMS BYKIDS – which aligns perfectly with WNET’s mission – is to use film as a tool for global understanding and a catalyst for action, empowering Americans with knowledge and giving young people a voice,” says Sandra Sheppard, executive producer for THIRTEEN. “THIRTEEN is fortunate to have the opportunity to partner with Holly Carter and BYkids in extending the reach of the films and enhancing their educational impact through the creation of digital resources.” The FILMS BYKIDS stories are selected by a committee that includes UNICEF and a group of nationally-recognized journalists, filmmakers, teens and non-profit leaders. The stories carry the universal values of courage, perseverance and dignity. Each story is given to the FILMS BYKIDS' Film Mentor who spends one month helping the young person make the film.

For the first time, these stories will be broadcast on public media. In addition, the series companion website will offer streaming video of the five films at thirteen.org/filmsbykids.  Resources for educators designed to engage students in meaningful conversations about world issues will be available on PBS LearningMedia, beginning January 19. For more information about the specific narratives, see the program descriptions

Home Is Where You Find It (Mozambique)

16-year old Alcides Soares, like hundreds of thousands of kids in Mozambique, lost his parents to AIDS. Alcides is living apart from his sister and searching for a little brother he hasn't seen in 10 years. While he found shelter with a neighbor, many of Alcides' friends are living on their own, hoping for a better situation. Mentored by filmmakers Neal Baer and Chris Zalla, Alcides conveys his inspiring story about finding family and how he and his young friends face hardship with dignity and resilience.

“Storytelling is our basic way of communicating our dreams, our hopes and our fears. Yet many stories go unheard, stories that could move us, stories that could motivate us to take action, because the poor and the disenfranchised too often do not have the technology to tell their personal tales.”

My Country Is Tibet (Tibet)

India is home to tens of thousands of Tibetan refugees. But only one–17-year old Namgyal Wangchuk Trichen Lhagyari–was crowned King of Tibet by the Dalai Lama. The only living descendent of Songtsen Gampo, the first Dharma King of Tibet (617-698 AD), this young exiled king doesn't live in a palace; he lives in a settlement and does chores. It's unclear whether he will ever be able to return to his homeland and assume the responsibilities of king. Mentored by filmmaker Dirk Simon, Namgyal shows how he and other young exiles preserve their traditional culture while hoping to return to an independent Tibet.

“BYkids will provide [Namgyal] the opportunity to share with an international audience both his unique perspective and the story of his generation.”

Dirk Simon (Director, Between the Lines)

Fire In Our Hearts (India)

Like most girls from rural India, 16-year-old Jayshree Janu Kharpade never expected to get an education. Instead, she had to work to help support her family. But union organizers were determined that girls from poor tribal villages have a better future and built a school. Film mentor, Joyce Chopra, a pioneer of documentary film, helped Jayshree share her journey from illiterate laborer, to scholar and young activist - in this powerful story that illuminates the social and economic potential of educating girls in the developing world.

“I was constantly amazed at the courage these young people showed in the face of difficulties most of us would collapse under… to have young people from around the globe shape their own film stories so that we may learn from them is truly inspiring.”

Joyce Chopra (Producer/director, Smooth Talks, The Lady in Question, That Our Children Will Not Die)

Displaced But Not Defeated (Colombia)

For decades, civil war has raged in Colombia. Violence has displaced millions of people, like 16-year old María Ceballos, who fled her home when guerrillas killed her father. Moving from gang-infested settlements to over-crowded rooms, María's family finds comfort among fellow displaced families and moments of joy in creative endeavors. Through her lens and mentored by filmmaker Susan Hoenig, María puts a human face on displacement.

“By giving kids the tools to create their own documentaries, these stories can finally be told from their perspective, a point of view that will hopefully strike a chord with others in similar situations throughout the world…”

Moving to a new country was challenging for Faiza Almontaser, a 17-year-old from New York City, who immigrated with her family to the US from Yemen when she was in middle school. She faced vicious bullying because of her Islamic identity and lost close friends to hate crimes. Through it all, her family still embraced their new home, and Faiza found a creative outlet for self-expression.  Mentored by the legendary pioneer of direct cinema, Albert Maysles, Faiza's film documents her courageous and inspiring journey from victim to activist.

“BYkids is one of the most exciting projects to come my way in a long time. The idea of giving youth around the world the tools to tell their own stories with the expert help of filmmakers is brilliant and will go a long way in opening the eyes of Americans to the voices of kids and to the richness of the world. I am thrilled to be part of this team. 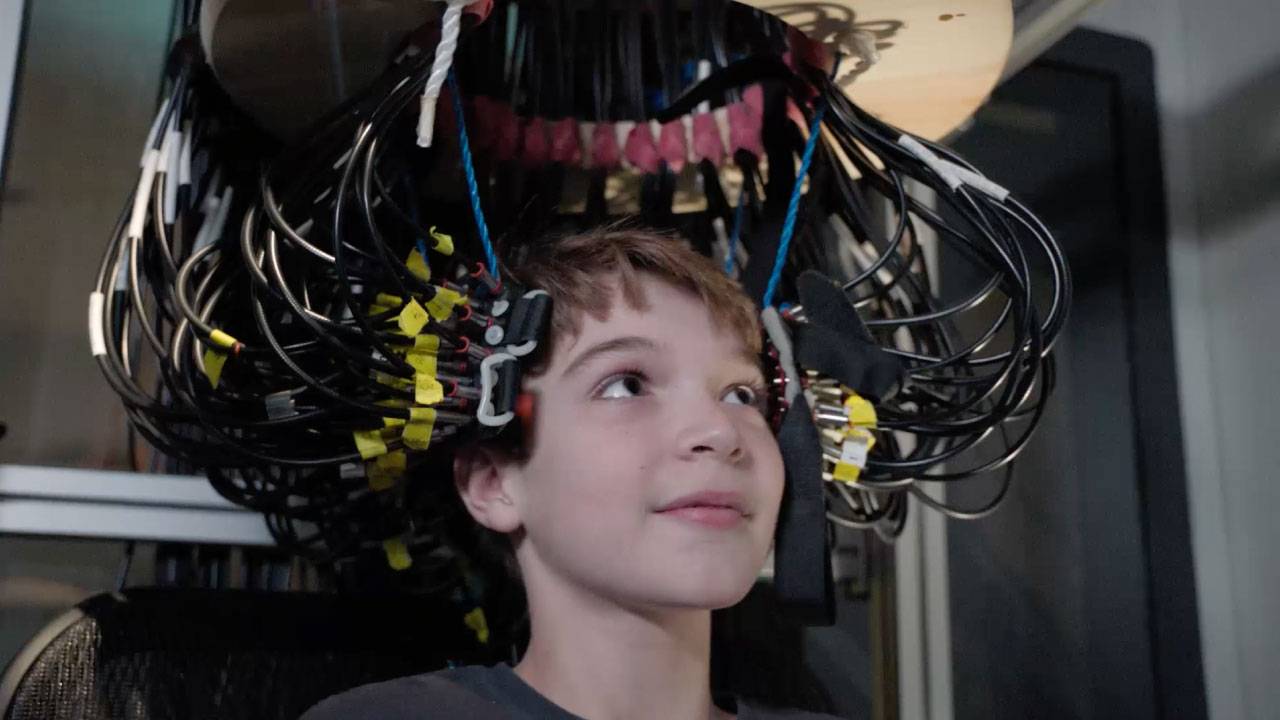